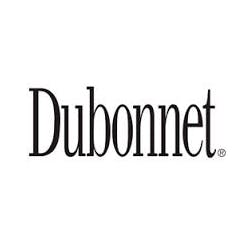 From its origins with the French Foreign Legion to the legions of modern mixologists still using it today, Dubonnet Rouge Aperitif Wine has been a staple on the cocktail landscape since its introduction in 1846. Created by Parisian chemist / wine merchant Joseph Dubonnet as a means to make quinine more palatable for the soldiers battling malaria in North Africa, Dubonnet's mix of fortified wine, a proprietary blend of herbs, spices and peels, and the medicinal quinine is a recipe that has earned it legendary status in the world of sophisticated drinks. Dubonnet lends itself equally to both classic and innovative cocktails. Nearly two centuries after its introduction, Dubonnet is the number-one selling aperitif brand in the United States, and still made according to the original family recipe. Its 19 percent alcohol content ensures a refreshing drink in the summertime, while its port-like flavors promise a hint of holiday in the winter months.In addition to the more well-known Rouge, Dubonnet Blanc also makes a unique cocktail, as well as an excellent cooking ingredient.Originating from the Latin word aperio, aperitifs were originally conceived to "open" or prepare the appetite for a meal. While there are different styles of aperitif, aperitif wines such as Dubonnet make up a special class called "aromatized" wines - fortified wines that have been flavored with herbs, roots, flowers, barks and other botanicals. Though there is evidence that the ancient Egyptians believed in drinking a small amount of alcohol before a meal, aperitifs didn't peak in popularity until the late 19th century - and caught on in the United States by 1900. By the turn of the century, Dubonnet was producing more than three million bottles a year and was exported throughout the world.

"Dubonnet's mix of fortified wine, a proprietary blend of herbs, spices and peels, and the medicinal quinine is a recipe that has earned it legendary

"In 1846, French wine merchant Joseph Dubonnet created an original taste for the pleasure of family and friends. His recipe soon gained wide popularity as