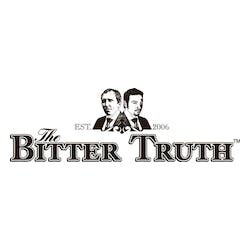 Originally, cocktail bitters were the ingredient that distinguished cocktails from other categories of beverages such as Toddies, Slings, Fizzes, Sours or Punches. For decades, they were an essential component of good cocktail creations. The start of prohibition curtailed consumers' drinking habits and cocktail bitters almost sank into oblivion. Only a few brands survived that period, but even after that, not all of them managed to reestablish themselves in the new market. Angostura Bitters alone held their ground. For some time now, there has been a resurgence in the popularity of cocktail bitters on an international level, which are considered to be the spice rack for your bar. Since 2006, the German company The Bitter Truth has been doing its share to contribute to this development. It all started during a stay in London during the Bar Show BAR '06 in June 2006. At that show, Munich bartenders Stephan Berg and Alexander Hauck gave birth to the idea of producing and distributing cocktail bitters, as they were hard to find in Germany and of inferior quality. Both of them had already gained a considerable amount of experience in producing handmade cocktail bitters for the bars they were working at. In addition, Stephan owned a large collection of current and historical bitters, some of which hadn't been produced for decades. Thus, he knew how the most well-known bitters of the world tasted and was considered a specialist in this area.Their criteria for the choice of flavors was mainly provided by old cocktail recipes that could no longer be mixed true to the original because one crucial ingredient had been missing – the correct bitters. In August 2006, the first products from The Bitter Truth were released: an Orange Bitters and an Old Time Aromatic Bitters. Shortly after that, a Lemon Bitters was released. Since then additional flavors have been added to the range: Jerry Thomas Bitters, Creole Bitters, Celery Bitters, Grapefruit Bitters, Chocolate Bitters, Tonic Bitters, Peach Bitters and Cucumber Bitters. The much loved The Bitter Truth Bitters Travel Pack holds 5 different flavors in a convenient size of 100ml/3 oz suitable for hand luggage. Orange Flower Water & Rose Water, two distilled waters round out the offerings of The Bitter Truth. In addition, The Bitter Truth has released a range of fine liqueurs & flavoured spirits such as Apricot Liqueur, Violet Liqueur, Elderflower Liqueur, Golden Falernum, Pimento Dram & Pink Gin. E**X**R, a bitter liqueur in the grand tradition of the Alps was added to the range to make the bridge between the bitters and the liqueur range. At Tales of the Cocktail New Orleans 2010 The Bitter Truths Celery Bitters took away the top price for "Best New Product". Since then the number of awards for The Bitter Truth products keeps on growing and you can see an uptodate list of all awards here.

" The Bitter Truth Orange Bitters are a combination of bitter orange peel and several herbs and spices that have been macerated in alcohol. On

"Lemon oil, lemon peel, cardamom, caraway, coriander, and gentian are mazerated in natural grain spirit for 4 weeks. The liquid is than strained off, diluted

" Bright, complex citrus. A dominant grapefruit aroma and flavor mellows into the vegetal green flavors of hops. A great bitter for citrus-heavy drinks that

PLEASE NOTE:  this is a 100mL which is smaller than a regular 750mL bottle.

"These bitters blur the lines between old world bitters and new world flavors and play exceptionally well with tequila, aged rum, sweet vermouth and most

"The Bitter Truth Violette Liqueur is made from wild violet blossoms that grow in the Alps which are then added to the finest grain spirit.

"The Bitter Truth Peach Bitters are fresh and fruity with intense peach notes, backed up by a seducing hint of almonds. A combination of fresh

"Orange oil, bitter orange peel, cardamom, caraway, and coriander are mazerated in natural grain spirit for 4 weeks. The liquid is than strained off, diluted

"The Bitter Truth Apricot Brandy combines the juice of sun-ripened apricots from Klosterneuburg with an apricot schnapps that was distilled from the same fruit. The