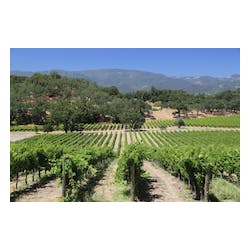 Wine Enthusiast 94 This wine is lovely in juicy red fruit, dried herb and hints of allspice, the tannin structure firm and giving. Offering refinement and

James Suckling 99 Blackberry and black chocolate with mint, conifer and clove. Sweet tobacco, violets and flowers, too. Some graphite. Cool and complex. Full-bodied with ultra

Wine Advocate 96 The 2019 Chardonnay Freestone Vineyard is very classy this vintage, with inherent energy derived from the pairing of its goldilocks fruits with bright

James Suckling 96 Very pretty blackberry, blackcurrant, walnut, forest-flower and dark-walnut aromas follow through to a full body with round, juicy tannins that are fine-grained and

Wine Enthusiast 96 "From a majority of estate-grown grapes and percentage of grower fruit, this impressive wine is juicy, textured, layered and lengthy. With a cool-climate

James Suckling 94 “A white that grows slowly on the palate with dried apples and light pear and lime character. Medium body, bright acidity and a

Wine Enthusiast 96 This expressive wine impresses in its expanse of savory tension and complexity, with accents of clove and cardamom. It is lightly styled on

Decanter 96 This has a real sense of freshness and grip. A pure expression of Cabernet with a shot of eucalyptus and menthol, extremely concentrated but

James Suckling 94 "This shows wonderful density and texture with ripe tannins, as well as tangy acidity underneath. Full-bodied, yet tight and composed. Balanced and beautiful.

Robert Parker 100 A barrel sample made up of 84 Cabernet Sauvignon, 10 Petit Verdot, 3 Cabernet Franc and 3 Malbec to be aged for 24

Wine Enthusiast 94 “Year after year, this wine from a spectacularly coolclimate site impresses and intrigues. A crisp greenapple note is followed by high-toned acidity etched

Wine Advocate 92 “Having seen 19% whole cluster, the 2015 Pinot Noir Freestone Vineyard has a medium ruby-purple color and nose of red cherries and black

JamesSuckling 93 “Lots of burnt orange with currant and dust undertones. Some rose petal, too. Full body, chewy and tannic with lots of tension and intensity.

Wine Enthusiast 93 "This viscous wine offers an underlay of toasty oak notes that round out its gravelly texture. Light-bodied and filigreed with acidity, its lemon,

Vinous 97 "The 2014 Insignia is shaping up to be one of the surprises of the vintage. A rich, explosive Insignia, the 2014 exudes pedigree. A

The Wine Advocate 100 "The flagship wine of the estate in reds is their Insignia, which has been one of the great Bordeaux blends made in