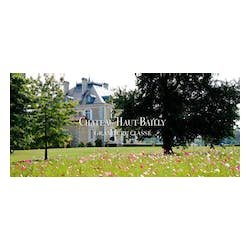 FROM THE GOYANÈCHE TO FIRMIN LE BAILLY : THE EARLY DAYSCareful research in the archives of Château Haut-Bailly reveals the ancient origins of this estate.Already, in 1461, vines were cultivated on this land which at the time was known as « Pujau » (« small height » in Gascon) to emphasize the topography of its exceptional terroir. The foundations of the modern vineyard, however, came from the 1530s, under the leadership of the Goyanèche family and then the Daitze family. These wealthy Basque merchants began buying up prime plots of land. A 'bourdieu' (the old name for a wine château in Bordeaux) was soon created.Following his death, Gaillard Daitze's heirs took over and continued to manage the estate until it was sold in 1630 to Firmin Le Bailly and Nicolas de Leuvarde. Both men were bankers in Paris as well as great admirers of Graves wines. Recognising the potential of the land, they invested significant funds and built a manor house. Firmin even gave his name to the property.After his death in 1655, the estate was handed down from heir to heir for almost a century. In 1736, the running of the estate was assigned to Thomas Barton, of Irish origin, head of a major trading company specialising in fine wines. Benefiting from a huge amount of business relations in England and Ireland the wines of Château Haut-Bailly started to be greatly appreciated by the "New French claret" fans. A UNIQUE TERROIRChâteau Haut-Bailly has a unique terroir and it is this which gives its wine such remarkable character and elegance. Terroir encompasses topography – where a vineyard is situated – but also climate – sun, heat, rain, wind, humidity – and the soil in which the vines are grown.Just a stone's throw away from the city of Bordeaux, Château Haut-Bailly, one of the most prestigious Cru Classé de Graves, sits majestically in a 30 hectare (74 acres) vineyard at the heart of the Graves region on the left bank of the river Garonne.If great wine results from a harmonious relationship between man, the vine, and nature, the most subtle of these three elements is the soil. Positioned on a high ridge of land excellent for drainage, the soil is sandy and mixed with gravel, sitting on a layer of sandstone petrified with the remains of prehistoric fossil shells. All this contributes to the special character in Haut-Bailly wines.

Wine Advocate 96 " The classic 2012 Haut-Bailly is staggeringly great wine, with a stunning bouquet of lead pencil shavings, blueberries, black raspberries and blackcurrants and

Robert Parker 95 "Haut-Bailly’s American proprietor, Robert Wilmers, backed up by the brilliant Veronique Sanders, continues to go from strength to strength. A fabulous example of

Robert Parker 93 "The 2004 Haut-Bailly is a candidate for the finest wine of the appellation. Its dark ruby/purple color is accompanied by classic aromas of

Robert Parker 90 "One can not say enough about the investments and commitment to quality instituted by Haut-Bailly’s new American owner, Robert Wilmers, the head of

Robert Parker 90 "An elegant, dark ruby/purple-tinged effort displaying notes of tobacco smoke intermixed with sweet currant, cherry, and some toast, this medium-bodied wine has the