Item Sold Out
Wine Advocate 96
"The 2008 Barolo Vigna Bricco Cerretta shows the muscle of Serralunga within the context of the year. Dark red fruit, flowers, licorice and tar are some of the notes that emerge from this refined Barolo. There is plenty of density in the glass. The 2008 is rich, deep and virile all the way through to the finish. There is plenty of Serralunga character here. Anticipated maturity: 2018-2033.

This is a stellar set of wines ... read more

Wine Advocate 96
"The 2008 Barolo Vigna Bricco Cerretta shows the muscle of Serralunga within the context of the year. Dark red fruit, flowers, licorice and tar are some of the notes that emerge from this refined Barolo. There is plenty of density in the glass. The 2008 is rich, deep and virile all the way through to the finish. There is plenty of Serralunga character here. Anticipated maturity: 2018-2033.

This is a stellar set of wines from Elio Altare. The 2008 Nebbioli were brought in between October 7 and 10, which is a bit late for this estate. The 2008s have a Pinot-like sweetness that is incredibly appealing. Experiments with a fully destemmed Barolo continue. It will be interesting to see how those wines develop over the coming years, but so far the results are intriguing, to say the least." ~ AG

" The Cerretta is the newest addition to Elio Altare's lineup and was first produced in 2005. Located in Serralunga, the vineyard plays host to some of Barlo's greatest names, including Giacomo Conterno.

Just 500 cases are made each year. Altare's vines enjoy southern exposure and are grown mostly in clay. Yields average about 5 tons per hectare. Maceration is relatively short at 4 to 5 days, but rotary fermenters bring depth and structure. The Cerretta is aged for two years in French barriques. " ~ Winery notes

View all from Elio Altare Vineyards 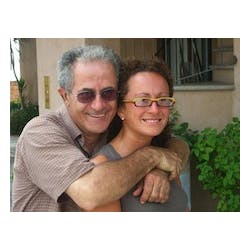 The Altare family originally comes from the town of Dogliani, then in 1948 they bought the farm in La Morra. Back then, the estate covered 5 hectares of nebbiolo, barbera and dolcetto vineyards, along with some peach, hazelnut and apple trees, but those were times when orchards gave higher yield and more profit than vineyards. Faced with a severe and long lasting economic crisis in Italy, Elio along with other curious barolisti, decided to learn more about winemaking beyond the borders of Piedmont in an attempt to emulate the success that those regions were enjoying. In January 1976, they made their first trip to Burgundy and it was a revelation. When Elio got back home he knew there were major changes to be made. He wasn't afraid: he grabbed a chainsaw as if it were a sword, and first cut down the fruit trees in the orchard. Then in the cellar he chopped up the large, traditional botti into firewood which made way for the next big revolution: Barrique.

His father Giovanni didn't understand him. Being from an older generation and poorer times, Elios radical decisions were too far removed from his own fathers way of thinking. Giuseppe was not able to accept what he thought was an offence against common sense and tradition, and therefore sought comfort in silence. Giovanni died in 1985 and tragically disinherited Elio. Determined to fight for his beliefs, Elio continued to work to buy back the winery and vineyards from his siblings. Elio stood firm then and still does today. Stubbornly he decided to change direction and to give a different interpretation to the family's wine – favoring elegance, finesse, and balance, following a strict regime in the vineyards, adopting new vinification and aging techniques in the cellar.

As of June 2016, the ownership and supervision of the farm has officially been transferred to Elio's daughter Silvia, who is a dynamic and passionate champion for her family business. We are very excited about the future of this incredible estate!

Philosophy of Life and Work
– Vineyards are cultivated without the use of any chemicals or pesticides (unless it's strictly necessary) or any other substance that might interfere with the vine cycle or grape maturation.
– Use only copper and copper sulphate, and fertilize with organic cow manure.
– During the alcoholic fermentation they don't inoculate with yeast. Only indigenous yeasts are used followed by a natural malolactic fermentation.
– No filtering or clarifying of the wine.
– No substances are used to alter the color or structure of the wine.
– Extremely low use of sulfur.