Ship "12" Free when you mix or match a 12 bottle case! more...
Amapola Creek Monte Rosso Zinfandel 2014 ships free when purchased by the 12 bottle case! — Fill a 12 bottle case with this item or any of our other 400+ eligible free shipping items and that case ships for free! Note that there is no limit to the number of cases you can have shipped for free so long as they are filled with eligible "Ship 12 Free" items.
While this item isn't currently available:
Wine Advocate 94
“The 2014 Zinfandel Monte Rosso Vineyard is slightly less potent (15.5%), but production is about the same (670 cases). Dense opaque purple, with a big, sweet blackberry and cassis nose of camphor, roasted meats and hints Provençal herbs and pepper, this rich, full-bodied, inky Zinfandel should drink nicely for at least a decade as well.” ~R.P.

Wine Advocate 94
“The 2014 Zinfandel Monte Rosso Vineyard is slightly less potent (15.5%), but production is about the same (670 cases). Dense opaque purple, with a big, sweet blackberry and cassis nose of camphor, roasted meats and hints Provençal herbs and pepper, this rich, full-bodied, inky Zinfandel should drink nicely for at least a decade as well.” ~R.P. 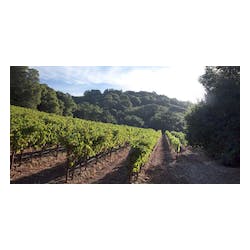 "This is an excellent Zinfandel from California. I did not let the wine decant for several hours and the most reviews suggest doing that to get the full flavor of the wine"