Item Sold Out
Notify me when this item is available
While this item isn't currently available:
Wine Advocate 92+
"The meatier 2018 Antdoto had some resemblances with a Northern Rhne Syrah: hints of smoked bacon and flowers, juicy and plummy, ripe without excess and quite showy. It had a little less alcohol than the 2017 and felt more balanced and round. It had fine, chalky tannins and a dry, long finish. It matured in 600-liter oak barrels for nine months, which was a shorter levage that seems to have respected the fruit."
Item ID: #35821
Winery: Antidoto
Category: Spanish Red
Region: Spain » Ribera del Duero
Size: 750mL (wine)
Closure: Cork
Other vintages
Share this item on FacebookFollow Empire Wine on TwitterFollow Empire Wine on Pinterest

Wine Advocate 92+
"The meatier 2018 Antdoto had some resemblances with a Northern Rhne Syrah: hints of smoked bacon and flowers, juicy and plummy, ripe without excess and quite showy. It had a little less alcohol than the 2017 and felt more balanced and round. It had fine, chalky tannins and a dry, long finish. It matured in 600-liter oak barrels for nine months, which was a shorter levage that seems to have respected the fruit." 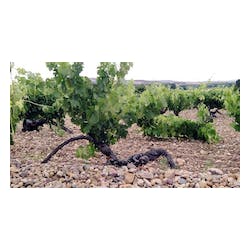