The 2019 is deep, complex, and thoughtful. Though it has all the stuffing to age, the  ... read more

The 2019 is deep, complex, and thoughtful. Though it has all the stuffing to age, the wine is forward with an enticing suppleness that makes it quite enjoyable now. Dried cherry, raspberry tart, spicy oak, and hints of earth and forest floor all emerge from the glass. Even though Isabelle is their richest Pinot Noir with loads of intensity and power, it is still balanced and food friendly. It is a complete Pinot Noir with oak, tannin, alcohol, fruit and acid all brought together in one seamless statement. Isabelle is a Pinot Noir for any special occasion: holiday celebrations, festive dinners, or just to make any day exceptional.

Au Bon Climat sources fruit from several of the most highly regarded vineyards in the Central Coast. These include Clendenens own Le Bon Climat Vineyard and estate plantings at the legendary Bien Nacido Vineyard both in Santa Maria Valley, along with Sanford & Benedict Vineyard in Sta. Rita Hills, Los Alamos Vineyard (Santa Barbara County), and San Luis Obispo County's Talley Vineyard.
About Au Bon Climat
Au Bon Climat is a French term for "a well exposed vineyard site." Being that the winery is situated in one of the preeminent vineyards in Santa Barbara County on the outskirts of Santa Maria – The Bien Nacido Vineyard – the name certainly fits. It is the brain child of master winemaker Jim Clendenen. 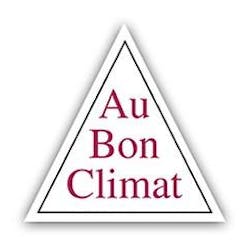