Ship "12" Free when you mix or match a 12 bottle case! more...
Bertani Amarone Valpantena 2017 ships free when purchased by the 12 bottle case! — Fill a 12 bottle case with this item or any of our other 400+ eligible free shipping items and that case ships for free! Note that there is no limit to the number of cases you can have shipped for free so long as they are filled with eligible "Ship 12 Free" items.
Decanter 95
Bertani Domains is owned by the Angelini group but operates independently, sourcing grapes exclusively from historic estates in the Valpantena at Grezzana, and in the Classico zone at Novare. Bertani's Classico (current vintage 2012) is legendary for its longevity. The Valpantena in contrast offers immediacy without renouncing on an authentically plummy Amarone character. Aged in traditional oak barrels, the nose has autumn fruit and violets with a hint of spice; the palate features super-fine ... read more

Decanter 95
Bertani Domains is owned by the Angelini group but operates independently, sourcing grapes exclusively from historic estates in the Valpantena at Grezzana, and in the Classico zone at Novare. Bertani's Classico (current vintage 2012) is legendary for its longevity. The Valpantena in contrast offers immediacy without renouncing on an authentically plummy Amarone character. Aged in traditional oak barrels, the nose has autumn fruit and violets with a hint of spice; the palate features super-fine tannins and a long, precise finish.~R.B.

Wine Spectator 92
This elegant red is medium to full bodied, with soft, plush tannins. It features flavors of baked black cherry and dried raspberry, with savory accents of thyme and tobacco. A backbone of fresh, orange peel acidity keeps it lively and not too robust on the palate, driving minerally smoke and spice notes on the lingering finish. Drink now through 2027.~A.N.

Wine Advocate 91
From the Valpantena, one of several major valleys that run north to south from the mountains to the plains in Valpolicella, comes this unique wine. Indeed, the Bertani 2017 Amarone della Valpolicella Valpantena offers you one of the only viable ways to taste fruit from this beautiful and largely unexplored valley north of Verona. There is a lot of ripeness here (almost too much) with plenty of textural richness to boot. The wine finishes with prune and dark plum that are in line with this hot and dry vintage. The tannins and the mouthfeel are soft and supple. Go with a near or medium-term drinking window for this bottle.~M.L.

View all from Bertani 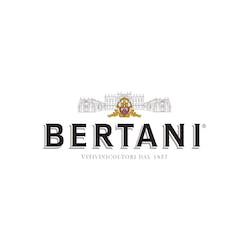 "The Bertani winery was founded in 1857 by the brothers Giovan Battista and Gaetano Bertani, in Quinto di Valpantena, north of Verona. Gaetano was an expert in the art of winemaking, having learnt new techniques in France from Professor Guyot, still considered a leading expert in viticulture today. The start of Bertani's activity coincided with the spirit of innovation that drove them to use the latest production techniques, both in the vineyard and in the cellar, and applying them to all the estates in Valpantena and Soave, while respecting the territory and the farming traditions in the area.
High level professionalism, quality, business acumen and spirit of innovation were the traits that made the two brothers stand out right from the start in the winemaking sector in Verona. Bertani was one of the first companies in Italy to understand the value of bottled wine; huge investments were made right from the start in the vineyards and in the cellar, to bottle and export Italian quality all over the world with Bertani wines, which crossed the Atlantic and were already popular in many US cities by the end of the nineteenth century.
Bertani was founded at the time of the Italian Unification, with the desire to proudly represent the excellence of a new nation with a thousand-year-old culture. This commitment and the quality of Bertani wines helped it to achieve excellence in 1923: the royal warrant. Although it is an outdated symbol now that Italy is a republic, for us it still represents the achievement of the highest quality.
The constant commitment made in viticulture and winemaking induced the Accademia di Agricoltura, Arti e Commercio di Verona (Academy of Agriculture and Commerce of Verona) to nominate Bertani as a model farm in 1870, thanks to its professionalism, the introduction of monoculture and new training systems to the vineyards that characterised the family's spirit of enterprise right from the start.
And that wasn't all: the quality of Bertani wine asserted itself straightaway for its elegance, so much so as that the Soave was on the menu at King George VI's coronation in England, in 1937.
In the middle of the twentieth century, when they bought the Tenuta Novare, in Valpolicella Classica, Bertani put into effect the half-century long study to produce "the Wine", made to last forever. This was the start of Amarone, the iconic wine from this area, with the first vintage dating back to 1958."~ Winery Notes