Bodega Noemia J. Alberto completes a deep terroir exploration of this four hectare vineyard. The estate does its own massale selection to propagate the best vines. The vineyard is divided into five zones that are picked at different maturities to capture different characteristics in the Malbec. The second growth of the winery, austere and dark, complex, saline with fine tannins and bright acidity. This wine has a long aging potential. The vineyard is 100% certified organic by Ecocert.
The wine is a deep violet color, with a bouquet of intense blackberry, black raspberry and boysenberry. The tannins are long on the palate; with balanced vibrant acidity and a finish of graphite notes. Pairs well with lamb, game, red and white meats.~Winery Notes
About Bodega Noemia
Bodega Noemia de Patagonia is an authentic project that brought Contessa Cinzano and Hans Vinding-Diers into the remote Rio Negro Valley of Patagonia. In 2000, they were inspired by the potential of the region after discovering exceptional wines from the 1930's and 1940's, cellared at the oldest winery in the area. A scouting mission of the Rio Negro Valley ensued, resulting in the purchase of the semi-abandoned Bodega Noemia property. At 39 degrees latitude, Bodega Noemia is one of the southernmost wineries in the world. This region has a history of glaciers, poor soil and, limestone-rich bedrock. Flowing from the Andes, the Limay and Neuquen rivers bring mineral-rich water to this arid zone. A desert climate at heart, a large thermal amplitude graces the property, and the Andes bestow constant winds on the area, virtually eliminating the threat of most diseases. Combined, these factors create an environment that is ideal for making mineral-rich wines with vibrant hints of fruit. The restoration of the vineyards began in 2001 with the goal of crafting fine wines that expressed the unique desert terroir. First planted in 1932, the original pre-phylloxera rootstock of the vineyards was carefully resuscitated, and Vinding-Diers oversaw the estate's Massale selections in order to create vineyard compositions tailored to the land. To further amplify the terroir's signature in the final wines, fermentation was carried out using only indigenous yeasts. The comittment to protecting this unique patrimony also led to the decision to cultivate almost all Bodega Noemia wines according to Argencert organic and Demeter biodynamic standards. The time and effort put into the vineyard has paid off with exceptional wines. The debut of Bodega Noemia's 2001 vintage was a critical success and each subsequent vintage has followed with impressive results, making Bodega Noemia one of the most acclaimed properties in South America.
View all Bodega Noemia 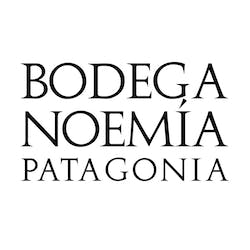