View Cart / Checkout
Loading... Loading cart
Total:
—
0
Cart
Delivery
Search
Menu
Home » Wine » Red Wine » Spanish Red » Bodegas Borsao Cabriola 2016
Sample Image Only
Bodegas Borsao Cabriola 2016
Wine Advocate 91
"The new impressive red blend 2016 Cabriola mixes Garnacha with Syrah and a touch of Carinena (Mazuelo), and despite its 15.5 alcohol, it feels harmonious and balanced in an XL way. It comes in a heavy Burgundy bottle, closed with a quality cork, and it all feels like a more expensive wine. It has a modern profile, but the oak is neatly integrated and folded into the fruit that is ripe and juicy.  ... read more

This happened in the year 2001, and the new company was called Bodegas Borsao S.A., established as a limited company. Its 620 members became shareholders and a management team was appointed to shake the foundations of the winery: starting with the grape sourcing scheme and following with a refurbishment of the winemaking facilities.

Experience, resources and means combined with the potential of the vineyards of the 3 wine cellars, enabling the development of a new work philosophy that has given Borsao international recognition and prestige.
View all Bodegas Borsao 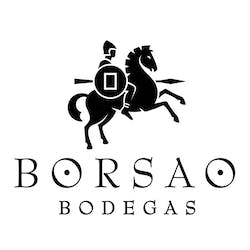