View Cart / Checkout
Loading... Loading cart
Total:
—
0
Cart
Delivery
Search
Menu
Home » Wine » Red Wine » Spanish Red » Bodegas El Nido 'Clio' Jumilla 2020
30%
OFF Sample Image Only
Bodegas El Nido 'Clio' Jumilla 2020
$60.03 $41.95
Ship "12" Free when you mix or match a 12 bottle case! more...
Bodegas El Nido 'Clio' Jumilla 2020 ships free when purchased by the 12 bottle case! — Fill a 12 bottle case with this item or any of our other eligible free shipping items, and that case ships for free! Note that there is no limit to the number of cases you can have shipped for free so long as they are filled with eligible "Ship 12 Free" items.
Tasting Notes
"The wine exhibits a glass-coating opaque purple color with an expressive nose of pain grille, underbrush, brier, mineral, blueberry, and blackberry fruit leading to a plush, opulent wine with great density, savory flavors, and a lengthy finish.

WINEMAKER
Chris Ringland
About Bodegas El Nido Winery
The first steps of this winery began to bear fruit in late 2001 as a result of the partnership between the Gil family and Chris Ringland, one of Australia's best winemakers.
The first harvest sold was the 2002 vintage under the brands of El Nido and Clio.
In the 2009 campaign, we made the first harvest of Corteo, supplementing the current range of wines from Bodegas El Nido
The winery is placed in the Valley of the Aragona, 10 kilometers north of the town of Jumilla, in the "top boundary", so named because it is the highest altitude in the municipality.
View all Bodegas El Nido Winery 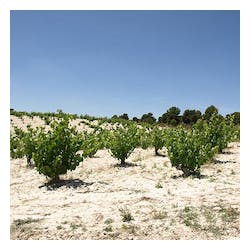