Item Sold Out
Notify me when this item is available
Stephen Tanzer 90-92
"Musky aromas of pineapple and hazelnut, with a syrupy nuance. Sweet, gentle, graceful Meursault with good concentration. In a ripe yet rather cool style. Finishes with lively minerality and a peppery nuance."

" One of the ‘big three’ vineyards of Meursault (along with Genevrières and Perrières) for its consistent quality. There is an attractive, soft flowery character to Charmes. Appellation 1er Cru Côte de Beaune. Our parcel ... read more

Stephen Tanzer 90-92
"Musky aromas of pineapple and hazelnut, with a syrupy nuance. Sweet, gentle, graceful Meursault with good concentration. In a ripe yet rather cool style. Finishes with lively minerality and a peppery nuance."

" One of the ‘big three’ vineyards of Meursault (along with Genevrières and Perrières) for its consistent quality. There is an attractive, soft flowery character to Charmes. Appellation 1er Cru Côte de Beaune. Our parcel is located south of and close to Puligny 1er Crus. "Charms" is a variant of "Thatched" which designated land denuded of vegetation, and ironically now gives the grapes of good quality to obtain an expanded wine, rich in character with aromas and vanilla bread and butter. Very fragrant nose reveals floral notes such as hawthorn, mixed with aromas of almond paste with a spicy touch. The mouth is wide and well furnished, with an intense fatty and aromas of vanilla and buttered bread. This wine has a very persistent; he is rich, large and offers a dense mouth with a nice complexity.

This is a truly spectacular domaine, blissfully underrated and therefore a bargain given its level of quality. With choice holdings of old non-clonal vines, Vincent Boyer (who has now taken over the domaine from his father Yves) achieves naturally low yields, which gives his wines great power and expression. On that note, he believes firmly in allowing site character to express itself clearly, as illustrated in his many single-vineyard offerings. His wines occupy a best-of-both-worlds position; they have vineyard typicity and terroir expressiveness on the one hand, and multidimensional flavors and textures on the other. Vincent guides the wines through lengthy malolactic fermentations on their own wild yeasts, followed by aging 12 months in oak, approximately one-third of which is new.

This estate’s stupendous Bourgogne Blanc is the equivalent of many producers’ village-level Meursault, and the wines just get better from there. The lieu-dit Meursault “L’Ormeau” comes from 80-90 year-old vines in the heart of the vineyard, and is very intense and long. Of his fantastic premier crus, “Les Perrieres” tends toward raciness and steely minerality, while “Les Charmes” – considered by many to be the greatest wine in his lineup – is harmonious, ripe, honeyed, and luscious. Yves also produces two wonderful Puligny-Montrachet premier crus, competitive with the very best in the appellation. " ~ Winery notes 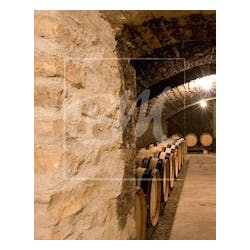 It has been 15 years since Vincent Boyer took the reins from his father and put his stamp on Domaine Yves Boyer-Martenot. His tenacity in the vineyards and dedication to balance and freshness has led to wines of increased terroir clarity and chiseled Meursault typicity. Located in the heart of Meursault, this 4th generation property boasts a lineup of remarkable, high altitude lieu dits and Premier crus that have few equals in the village. Vincent allows only indigenous yeast in the cellar, using little new wood and bottling his whites with low levels of SO2 and minimal to zero filtration. The results recently are crystal pure Chardonnay from some of the best situated holdings in all of Meursault. Vincent's dedication to old vines, tireless work in the vineyards is clearly evident in his wines, even though his decision to shy away from the limelight has kept these beauties under the radar for years. For those in the know, there is no doubt that is one of the elite estates in all of Burgundy.