4 of 5 (1 review)
Item Sold Out
Notify me when this item is available
" A crisp wine that exhibits aromas of ginger and flowers with flavors of tropical fruits and minerals is completely enjoyable. Lovely acidity frames and extends the fruit as well as making it ideal with food. Another terrific value from Eric Solomon Selections. " ~ Winery notes
Item ID: #23396
Winery: Burgans
Category: Spanish White
Size: 750mL (wine)
Closure: Cork
Other vintages
Share this item on FacebookFollow Empire Wine on TwitterFollow Empire Wine on Pinterest

" A crisp wine that exhibits aromas of ginger and flowers with flavors of tropical fruits and minerals is completely enjoyable. Lovely acidity frames and extends the fruit as well as making it ideal with food. Another terrific value from Eric Solomon Selections. " ~ Winery notes 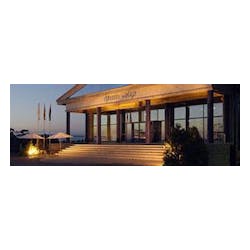 Burgans is a custom cuvee by Martín Códax, the largest cooperative in Rías Baixas founded in 1986 under the guidance of Luciano Amoedo. Over the last three decades, what started as 50 families and small plots of Albariño scattered around the village of Cambados has grown to include almost 600 families and well over 3000 small parcels of Albariño.

The driving force behind Martín Códax is Luciano Amoedo, a ninth generation grape grower in Rías Baixas and an early proponent of the Albariño variety. Long before Albariño was synonymous with Rías Baixas, Luciano was dedicated to the promotion and development of both. Now an official in the local DO, the day-to-day winemaking responsibilities at the cooperative are in the hands of Katia Alvarez. With such a vast array of sites and with so many individuals involved, Martín Códax has invested in a team of viticulturalist who make regular visits to the vineyards to educate the members on proper farming techniques and sustainable practices, including the use of cover crops to fix nitrogen in the sandy, granitic soils. They host a daily radio broadcast in the region as well, so as to encourage the best practices and pay their members based on the quality – not quantity – of their fruit. All of the vineyards are located in the Salnes sub-zone of the appellation, which is the coolest and most humid of the regions within the Rías Baixas.

A very pleasant white wine at a good price

"This wine possesses a very nice balance of tropical fruits and minerality. There is enough acidity to give the flavors a lift and maintain interest. It is in the style of a Puligny-Montrachet but without the cost ( or, as is to be expected, the complexity). Good value and highly recommended."