Item Sold Out
Notify me when this item is available
While this item isn't currently available:
Wine Spectator 93
"Ripe, almost sappy flavors of spice, kirsch and date are firmed by plush tannins and enlivened by juicy acidity in this expressive, medium- to full-bodied red. Long and mouthwatering, with smoky accents of espresso liqueur, dried herb and singed orange peel lingering on the finish. A rich, distinctive example."

"From one of the very top Amarone producers, this outstanding Amarone is a stunning buy for the money. Ultra rich with amazing complexity and a ... read more

Wine Spectator 93
"Ripe, almost sappy flavors of spice, kirsch and date are firmed by plush tannins and enlivened by juicy acidity in this expressive, medium- to full-bodied red. Long and mouthwatering, with smoky accents of espresso liqueur, dried herb and singed orange peel lingering on the finish. A rich, distinctive example."

"From one of the very top Amarone producers, this outstanding Amarone is a stunning buy for the money. Ultra rich with amazing complexity and a finish that lasts for more than 60 seconds. A tremendous effort! Dried fig and date notes enrich the baked cherry, eucalyptus and coffee liqueur flavors in this ripe and juicy Amarone, with creamy tannins. Medium- to full-bodied, showing ample spice and citrus details lingering on the finish."~Distributor Notes 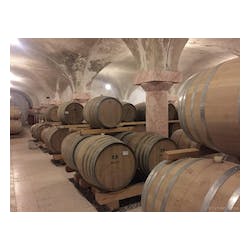