Ship "12" Free when you mix or match a 12 bottle case! more...
Cain Cuvee Red Blend NV14 ships free when purchased by the 12 bottle case! — Fill a 12 bottle case with this item or any of our other 400+ eligible free shipping items and that case ships for free! Note that there is no limit to the number of cases you can have shipped for free so long as they are filled with eligible "Ship 12 Free" items.
James Suckling 93
“An aromatic red with plum, ripe-strawberry and flower undertones. Full body, soft tannins and a savory finish. Gorgeous now. A blend of merlot and cabernet with some cabernet franc and petit verdot. A blend of 2013 and 2014.” - JS

James Suckling 93
“An aromatic red with plum, ripe-strawberry and flower undertones. Full body, soft tannins and a savory finish. Gorgeous now. A blend of merlot and cabernet with some cabernet franc and petit verdot. A blend of 2013 and 2014.” - JS

Winemaker’s & Owners’ Notes:
Vintages: 48% 2013, 52% 2014
The NV14 is the richest, most dense Cain Cuvée we’ve ever bottled. The wine is dark and the bouquet is shy. You won’t really “get it” until you put it in your mouth and savor its firm, round fullness and smooth texture. The wine finishes with a satisfying bitterness.

Though the vineyards are the same, no two vintages are ever identical. Certainly a thoughtful blend of two vintages can yield a more balanced, more complex, and more interesting wine than either could be by itself. Hence, our “Cuvee NV”. The 2013 offered structure and complexity, while the 2014 was the most serious and restrained, and the most structured of the two.

Although the NV14 Cain Cuvée is dense, it is eminently drinkable. Drinkability—immediate drinkability— is what our Cain Cuvée project has been all about since the beginning, when we blended the first wines of this series, back in 1990. And, while we love to drink these wines in their youth, our surprise has been just how beautifully they have evolved over time, even going back to the very first, now, nearly thirty years ago.

View all from Cain Vineyards 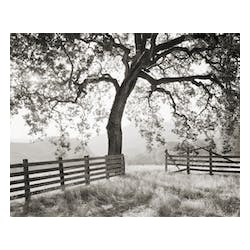 Cain Vineyard & Winery is cradled in a spectacular bowl overlooking the Napa Valley from the crest of the Spring Mountain District. We are dedicated to the creation of three Cabernet blends, each drawn from its own unique vineyard sources, each with its own distinctive signature: Cain Cuvée, Cain Concept, and Cain Five.

Must try red blend from a great wine maker

Matthew on May 7, 2019  [Verified Purchase]
Scroll to the top of this page