Ship "12" Free when you mix or match a 12 bottle case! more...
Casa Castillo Las Gravas 2011 ships free when purchased by the 12 bottle case! — Fill a 12 bottle case with this item or any of our other 400+ eligible free shipping items and that case ships for free! Note that there is no limit to the number of cases you can have shipped for free so long as they are filled with eligible "Ship 12 Free" items.
Wine Advocate 92
"It's interesting to see the 2011 and 2012 vintages of Las Gravas together as this 2011 starts with reductive aromas (energetic decanting is not out of the place) and also closed, with lactic notes and ripe fruit. With a very dark, concentrated and ripe full-bodied palate, it is serious and large offering lots of everything but in balanced proportion. It's a good interpretation of the vintage that manages not to come across as ... read more

Wine Advocate 92
"It's interesting to see the 2011 and 2012 vintages of Las Gravas together as this 2011 starts with reductive aromas (energetic decanting is not out of the place) and also closed, with lactic notes and ripe fruit. With a very dark, concentrated and ripe full-bodied palate, it is serious and large offering lots of everything but in balanced proportion. It's a good interpretation of the vintage that manages not to come across as heavy, long or compact with stuffing. It has the harmony to evolve gracefully."~LG 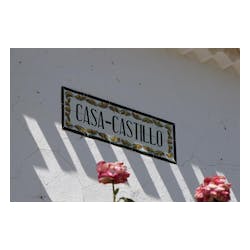 Organic Wine With Tons of Character!

"From a great producer out of the up and coming Jumilla region of Spain, the nose on this wine is extremely complex with dark fruit, black pepper and green herbs. Black berries and raspberries take over the palate with an evident earthiness and good acidity. With a solid structure you can drink this now or put it away for a few years. Lamb chops or any thick cut of meat will pair perfectly with this one."

"Here's a great bottle for Cabernet Sauvignon faithfuls who are looking to broaden their horizons. Copious amounts of sappy, liqueur like blueberry and blackberry fruit. Gritty and chalky with hints of peppery spices. A firm and rich wine; staunch acidity. Mostly Monastrell (70%), then Syrah (20%), and Garnacha (10%.). Sip this one with a nice cut of marbled beef? Don't mind if I do."