View Cart / Checkout
Loading... Loading cart
Total:
—
0
Cart
Delivery
Search
Menu
Home » Wine » White Wine » Moscato » Castello del Poggio Moscato d'Asti 2020
19%
OFF Sample Image Only
Castello del Poggio Moscato d'Asti 2020
$16.00 $12.95
"Sweet but not at all cloying; well-balanced and with an extremely refined fruitiness. Excellent at the end of a meal with desserts or fruit (especially fruit salad). Also delicious with gelato, or just on its own as an accompaniment to conversation among friends."-Tasting Notes

"The estate lies entirely within the Monferrato area in the Province of Asti, one of Piedmonts finest wine zones. 80 of its vineyards are in the district of Portacomaro, whilst 20 are  ... read more 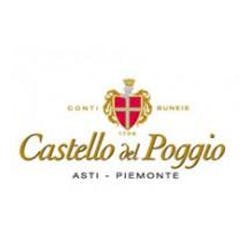