Item Sold Out
Notify me when this item is available
Wine Advocate 91
“The amphorae-aged red 2016 Vermell is a Garnacha Tintorera-based blend with 30% Monastrell fermented in stainless steel with indigenous yeasts and aged in amphorae for six months. It has a characterful, primary and a little wild nose, very young, showing some Mediterranean herbs that grew as the wine sat in the glass. It feels like the Tintorera is a nice base for this blend, especially as it's handled here, with lower yields; therefore, ... read more

Wine Advocate 91
“The amphorae-aged red 2016 Vermell is a Garnacha Tintorera-based blend with 30% Monastrell fermented in stainless steel with indigenous yeasts and aged in amphorae for six months. It has a characterful, primary and a little wild nose, very young, showing some Mediterranean herbs that grew as the wine sat in the glass. It feels like the Tintorera is a nice base for this blend, especially as it's handled here, with lower yields; therefore, they harvest it earlier and make a very soft vinification—almost a white vinification without skins—resulting in a sharper and more vertical wine and then with the kick added by the Monastrell. The palate is very balanced and with very fine tannins. It ends clean and very tasty. This is a delicious young Mediterranean red. 90,000 bottles produced. It was bottled in September 2017.”~L.G.

View all from Celler Del Roure 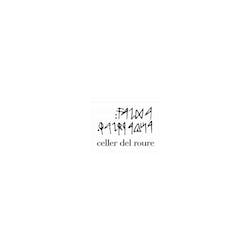 Everything old is new again. If you had visited Celler del Roure when it was initially created in 1995, you would have been treated to a modern, minimalist and spotless cellar with assorted stainless steel tanks and new French oak barrels. Such is not the case today. After touring the current technology in viniculture, you would be taken on a tour of the ancient property that includes an old olive press, various outbuildings and a subterranean cellar dug into the bedrock below the estate. This cellar afforded a glimpse of the winemaking practices of centuries ago. The winding halls of the cellar are lined by dozens of amphorae embedded into the earth with individual stone lids. Many have been joined by stone channels carved into the rock, serving as the most rudimentary form of gravity flow. Some amphorae have cracked over the years, but a surprising number remain in perfect condition.

Such a complete and well-preserved artifact of viniculture would have remained an intellectual curiosity for most people, but Pablo Calatayud founded Celler del Roure with the intention of exploring both how wines were made centuries ago, as well as how they would have tasted. Such an endeavor makes complete sense once you meet Pablo and understand his connection with the history of the Valencian region surrounding the village of Moixent. As a proponent of the indigenous varieties of the area, such as Mando and Verdil, how could he also not champion indigenous viniculture? While there are still "modern" wines made at Celler del Roure, the majority of cuvees age in amphorae in the ancient cellar.