Wine Advocate 92
"The 2010 Cabernet Sauvignon Signature is a dark, mysterious beauty endowed with considerable depth and richness. Mocha, chocolate, spices and plums fuse together gracefully as this soft, supple wine takes shape in the glass. I very much like the immediacy of the 2010. Only a little bit of persistence is missing on the finish, but not enough to materially detract from what is a gorgeous bottle of wine. For Napa Valley standards, this is about as good as it gets for the money. The blend is 76% Cabernet Sauvignon, 13% Merlot, 7% Malbec and 4% Petit Verdot. Anticipated maturity: 2015-2025." ~A.G.
About Chappellet
The Chappellet family's romance with Pritchard Hill started more than four decades ago when Donn and Molly Chappellet first glimpsed its magnificent vista of forests and wildflower-filled meadows. Inspired by the notion that Bacchus loves the hills, the Chappellets followed the advice of renowned winemaker André Tchelistcheff and settled on Pritchard Hill's rocky slopes, becoming the first winery to plant vineyards exclusively on high-elevation hillsides. From these Pritchard Hill vineyards, the Chappellets have been crafting extraordinary, age-worthy wines since 1967. 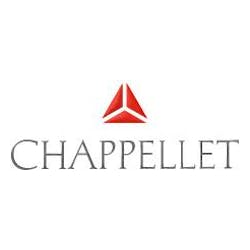