At 60 years old, Cesare Mondavi spearheaded a dramatic renaissance in the decade that followed. Wine historian Charles Sullivan writes in his book, Napa Wine, "By the early 1950s it was irrefutable that the Valley's Big Four had been augmented by one - the Charles Krug Winery".
Cesare died in 1959 leaving Rosa as President with sons Robert as General Manager and Peter as Vice President. In 1966, Robert moved south to Oakville and began construction of his own winery. Upon Rosa's death in 1976, Peter became President of the winery.
Peter's industry innovations from his studies at Stanford and Berkeley included revolutionary research on cold fermentation, enabling the production of exceptionally crisp, fruity white wines. His pioneering efforts to plant vineyards in the Carneros region with chardonnay and pinot noir grapes, cold sterile filtration techniques and aging wine in small French oak barrels contributed to his being named one of the twelve "Living Legends" in 1999 by the Napa Valley Vintners Association.
Above all else, Charles Krug Winery is a family winery. Peter's sons, Marc and Peter Jr., continue their dedication to producing the finest Bordeaux style wines in the Napa Valley. To achieve this, they initiated a nine-year, $22 million investment program completed in 2010. Over 400 of the winery's 850 prime acres in Napa Valley have been re-planted and state-of-the-art winemaking equipment is now in use.
View all Charles Krug Winery 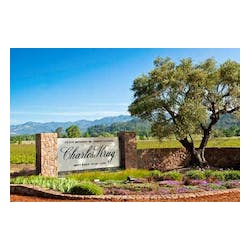