Brilliant ruby. A deeply perfumed bouquet evokes fresh dark fruits, exotic spices and incense, with a subtle floral nuance building as the wine opens up. Broad and fleshy on the palate, offering plump boysenberry
About Chateau de Pizay
The Chateau de Pizay is one of the oldest and most famous estates of the Beaujolais region. Since the Middle Ages the fine wines of the Château de Pizay have been appreciated by Beaujolais-lovers across the world. 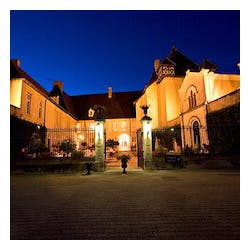 No questions posted yet about this item.
Posted byJason on Jan 20, 2022Verified Purchase
Subscribe to our newsletter!