Wine Spectator 93 WS TOP 100 2018 Rank 63
Well-steeped plum, fig and boysenberry fruit is richly layered, supported by embedded brambly grip and backed by waves of ganache and sweet tobacco on the finish. This has plenty of energy to carry it in  ... read more

Wine Spectator 93 WS TOP 100 2018 Rank 63
Well-steeped plum, fig and boysenberry fruit is richly layered, supported by embedded brambly grip and backed by waves of ganache and sweet tobacco on the finish. This has plenty of energy to carry it in the cellar while it rounds into form.

Wine Advocate 91
The 2015 Gloria, a blend of 60 Cabernet Sauvignon, 27 Merlot, 7 Petit Verdot and 6 Cabernet Franc, matured for 14 months in 40 new and 60 one-year-old barrels. Deep garnet-purple in color, it has an earthy/meaty nose with a core of black plums and blackberries plus touches of eucalypt and anise. The medium-bodied palate is just a little lean and chewy with an earthy finish.
About Chateau Gloria
A relatively young estate, Château Gloria was founded and assembled by Monsieur Henri Martin who established the reputation of Gloria within the space of a generation. With the first acquisitions of 6 hectares (15 acres) of vines in
1942, and purchase of the chai of Château Saint-Pierre, Martin added to the estate over the years with land bought from the surrounding classed estates, including châteaux Saint-Pierre, Beychevelle, Léoville-Poyferré, Gruaud-Larose,
Léoville-Barton, Ducru-Beaucaillou, Lagrange and a Saint-Julien property of Duhart-Milon, making up its present size. The estate was included in the proposal by INAO to revise the 1855 classification, and subsequently became listed
in the private classification of Alexis Lichine. The current proprietor of the estate is Martin's son-in-law, Jean-Louis Triaud. The wine is widely regarded as a well-made, with the best characteristics of Saint-Julien, it is estimated
by many to be on a par with the classed growths.

Château Gloria has created the 'Bordeaux de Gloria'. This wine is selected by the château team in order to show the characteristics of the vintage well. This second label is available at Empire Wine at a dramatic value!
Technical Specifications of the 'Bordeaux de Gloria'
VINEYARD: Soil: Deep Gunzian gravel from the Garonne River on a clayeysandy subsoil.
BLEND: 65% Cabernet Sauvignon / 35% Merlot
VINIFICATION: Classical vinification in thermo-regulated vats. Aged in French oak barrels for 8 months.
WINE TASTING: Attractive dark and dense colour. The expressive nose displays subtle blend of black fruits (Morello cherry, blackcurrant) and roasted touch (toast, vanilla). On the palate, the wine is wide and fleshy, with nice fruity
touch enhanced by élégant woody notes and pleasant tannins.
MATCHING FOOD AND WINE: Serve at 17-18°C with roast turkey chick, fish fillet and red wine sauce or with grilled fillet of duck breast and ground pepper sauce, along with home-made mashed potatoes. This wine will be perfect with a good
selection of cheeses and fine cooked meats.
AGEING POTENTIAL: From 5 to 10 years
View all Chateau Gloria 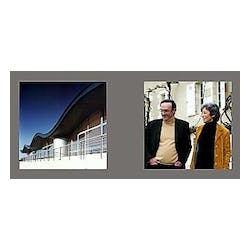