View Cart / Checkout
Loading... Loading cart
Total:
—
0
Cart
Delivery
Search
Menu
Home » Wine » Red Wine » Rhone Blend Red » Chateau La Nerthe Cotes du Rhone Rouge 2020
24%
OFF Sample Image Only
Chateau La Nerthe Cotes du Rhone Rouge 2020
$23.47 $17.95
"In the glass this vintage is a bright and deep ruby color with purple hints. On the nose there are lots of ripe (but not overripe) fruity notes with little black and red berries. On the palate we discover an elegant suppleness with fresh plum and wild herbs aromas. Tannins are polished, making the wine round and approachable. It is a very balanced vintage, combining rich flavor with freshness and delicacy." 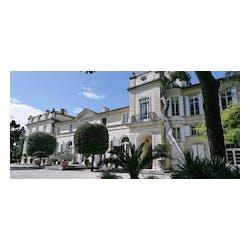