Ship "12" Free when you mix or match a 12 bottle case! more...
Chateau Padarnac Pauillac 2015 ships free when purchased by the 12 bottle case! — Fill a 12 bottle case with this item or any of our other 400+ eligible free shipping items and that case ships for free! Note that there is no limit to the number of cases you can have shipped for free so long as they are filled with eligible "Ship 12 Free" items.
James Suckling 92
"A dense and layered red with currant and blackberry character. Full body, polished tannins, and a flavorful finish. Lovely berry fruit." 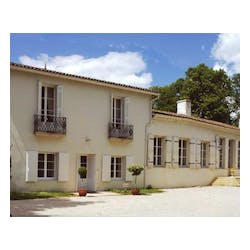 The Château Padarnac Cru was born in the first part of the 19th century.
Padarnac, a locality of Pauillac, was naturally obvious, the property, being predominantly situated around this village.
The Château Padarnac has a long wine-making history, its current vineyard was already cultivated at the beginning of the 17th century.

Its brand was present in the first edition of the Féret guide book, in 1850. It will be known as Cru Bourgeois in the 1932 classification.
Its Terroir site of Padarnac, on one property, the elite core of the original vineyard, is hemmed in parcels of Grands Crus Classés, as it is often the case for knolls with a long wine-making history.
These soils belong to the system of deep Graves of the Padarnac knoll.

However, if the gustatory level of its wines allows it, the wine-making continuity of this Cru for three centuries in keeping with the stability of its brand, are real advantages to compete with the Crus of a superior class.