Château Rouget appears in archives and land register from 1700 and is considered as one of the first official Pomerol Crus. This period corresponds to the building date of the splendid house symbolizing the estate, belonging then to the Bayonne Family. The last family member involved in the estate, Pierre Bayonne, was also mayor of Pomerol during the First Empire. As a talented winemaker, he used Chateau Rouget as a perfect display for his skills.

At the end of the 19th century, a classification of Pomerol wines placed Rouget among the top five estates of the appellation. This recognition stems from the remarkable constancy showed by consecutive owners of the estate, who all worked hard to produce iconic wines.

The Labruyère Family, who has owned Rouget since 1992, follows the same target. For more than 20 years, they try hard to place Rouget among Right Bank leaders.

The estate is now considered by critics and amateurs as the winery which has made the most consistent progress across the appellation, vintage after vintage. 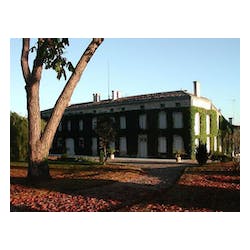