With the 2019 vintage, weve slightly reduced overall oak aging to allow the wines freshness, bright acidity, and vibrant red fruit flavors to shine. This bright and expressive Cabernet is ideal for al fresco lunches and picnics, pairing beautifully with a variety of meals. ~winery notes

At the heart of Clos du Val is an epic love story. Wine, after all, is a product of passion, and ours is the passion project of John and Henrietta Goelet, together with winemaker Bernard Portet. It was the early 1970s in France. The young couple were world travelers, patrons of the arts, and entrepreneurs who brought a visionary spirit to their every endeavor. They adored the wine culture of France, where they lived for many years, and shared family ties to some of Bordeauxs most storied wine merchants, Barton & Guestier.

They dreamt of founding a winery outside the insular world of the French wine industry, and sharing their love for French-style wines with the world. At the time, it was a daring ideafine wine was still synonymous with France, and it was widely believed that nowhere else on earth could rival such terroir, tradition, and winemaking excellence. The two took a chance, and challenged a young Bernard Portetfresh out of winemaking school and steeped in the Bordeaux traditionto travel the world and find a place where they could grow Cabernet Sauvignon that would rival the worlds best. A two-year global search ensued, ultimately leading Portet to the Napa Valley before it was recognized as a world-class wine region. Together with Bernard, the couple planted their first vineyard and began production of their beloved Bordeaux-style wines.
About Clos du Val
While the story of Clos Du Val is rich in history, and follows the rise of Napa Valley as one of the world's preeminent winegrowing regions, it is also a living story that is still being written. Guided by an acclaimed team that includes President Steve Tamburelli, Director of Operations Jon-Mark Chappellet and Winemaker Ted Henry, Clos Du Val has experienced a renaissance in every facet of the winery. This period of revitalization started with the 2012 vintage, when Clos Du Val began a vibrant and vineyard-driven stylistic shift for its wines. It continued in the 2014 vintage, when Clos Du Val began focusing almost exclusively on making estate-grown wines, with an emphasis on the exceptional Stags Leap District Cabernet Sauvignons that first catapulted Clos Du Val to fame.

"While Clos Du Val has an important place in the history of Napa Valley, we are looking forward, not back," says Steve Tamburelli, who, prior to Clos Du Val, spent 11 years as the general manager of Napa Valley's acclaimed Chappellet. "We are already making some of the finest wines in our history. By staying small, having an absolute focus on quality, and having complete control over every vine, every wine, and every stage of viticulture and winemaking, our wines will continue to become even more exceptional. Everyone is committed to this vision. We see this time as the beginning of a great new chapter in our story that will lay the foundation for the next four decades."
View all Clos du Val 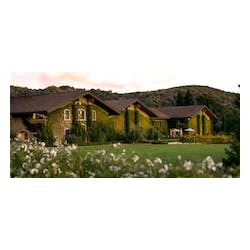