View Cart / Checkout
Loading... Loading cart
Total:
—
0
Cart
Delivery
Search
Menu
Home » Wine » White Wine » Sauvignon Blanc » Cloudy Bay Sauvignon Blanc 2021
31%
OFF Sample Image Only
Cloudy Bay Sauvignon Blanc 2021
$35.98 $24.85
The palate is deliciously concentrated and tropical, underpinned by nectarine and blossoms. Saline notes bring structure, while passionfruit and vibrant citrus acidity bring balance. The compelling finish encourages you to take another sip, and then another. It also hints at the rewards of keeping a bottle aside for a future date.

James Suckling 92
This is really perfumed, with fresh guava, grass, papaya and bitter-lemon aromas. Full-bodied with tangy acidity and an oily and creamy texture. Crisp finish. Always attractive.
About Cloudy Bay Winery
Cloudy Bay Vineyards is a winery in the Marlborough region of New Zealand. The winery is primarily noted for its Sauvignon blanc wines, and have played an important pioneering role in establishing New Zealand's and Marlborough's reputation. Cloudy Bay's first commercial vintage was produced in 1985 from purchased grapes, and the company later planted its own vineyards. It was one of the first New Zealand wines to be widely exported and came to attention because its fruit-forward style and very pronounced varietal character. The classic French Sauvignon blancs from Sancerre and Pouilly-Fumé from the Loire Valley were typically more restrained and austere in comparison, and with higher acid levels.

Cloudy Bay winery was established in 1985 by David Hohnen, the founder of Margaret River winery Cape Mentelle Vineyards. Cloudy Bay's 140 hectares (350 acres) of vineyards are located at three sites in the winegrowing region of Marlborough, including areas close to the bay for which they are named. The region is noted for its production of Sauvignon blanc wines. The vines are planted on deep alluvial gravels. Five long-term contract growers also work closely with Cloudy Bay.
View all Cloudy Bay Winery 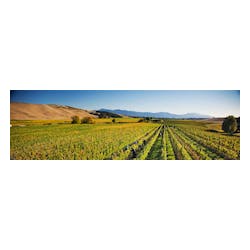