"Its production began with my grandfather mixing wines at his lunch table, eventually landing on this unique blend. After 25 years Conundrum remains true to his original rule-bending style. Produced in barrel from California's foremost grape varieties, our eclectic white  ... read more
Item Sold Out

"Its production began with my grandfather mixing wines at his lunch table, eventually landing on this unique blend. After 25 years Conundrum remains true to his original rule-bending style. Produced in barrel from California's foremost grape varieties, our eclectic white is serious and exotic--a reminder to grab moments of adventure and keep exploring."-Charlie Wagner, Winemaker

"It was the summer of 1989, a year ripe with possibilities and promise. All around the globe, old ways of thinking were giving way to new ideas. In the culinary world, traditional dishes were being reinvented by a generation of chefs who were open to the possibility of exploring adventurous new cuisine. At Caymus, we were similarly inspired to break free of the norm and began to redefine white wine. And in 1989, Conundrum was born.
From our very first vintage we were determined to make a dramatically different white-wine blend that would surpass the scope of single-varietal wines. Just as chefs were exploring the fusion of flavors from classic to contemporary, from east to west, often combining savory, spicy, herbal and fruity flavors in one dish, we explored how non-traditional combinations of grape varietals would work together. We wanted each varietal to be distinctive but still complementary to blend as a whole. After experimenting with eleven different white wines, we chose a select few that we consider the 'key ingredients'. For over twenty years we have continued to perfect the fine art of blending a 'conundrum' of varietals together, to create a remarkably complex, yet harmonious symphony of flavors. More recently we adapted the same approach for the Conundrum Red blend creation when we released the first vintage in 2011.

To make each wine even more complex, we take great care in keeping each parcel of fruit separate throughout the entire winemaking process. As a result, when the time comes to blend the wine, we have a lot of diversity in aromas, flavors and textures to work with. That's when the creative juices begin to flow. The proportions of each varietal vary slightly each vintage, as Mother Nature hands us new "ingredients." But our goal is always the same: a highly styled, complex and delicious wine that is excellent as an apéritif and pairs beautifully with the wide-ranging, global dishes we are eating as chefs and home cooks experiment with new, cutting-edge cuisine."-Winery Notes
About Conundrum Wines
Twenty-five years later, we're still exploring.
It all began at the dinner table. Charlie Wagner Sr., who co-founded Caymus Vineyards in 1972 with his wife, Lorna, and son, Chuck, would mix wines to find the perfect glass to pair with his meal. No one blended wines back then, so his experiment was pretty radical.
Fast forward to 1989, when Conundrum White was born, quickly taking off with its mysterious, tropical notes and amazing versatility. Conundrum Red, serious yet approachable, was introduced in 2011. Today, it's Charlie's grandson, Charlie Wagner II, who keeps Conundrum as original as ever.
View all Conundrum Wines 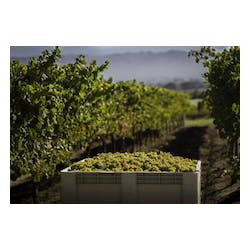