Item Sold Out
Vinous Media 95+
"The 2012 Cabernet Sauvignon Kronos presents a more intensely mineral and savory profile than the Napa Valley, with the opulence of the vintage pushed more into the background. Dried flowers, iron, spice, leather and mint add nuance. Ideally readers should give the 2012 at least a few years in bottle… The 2012 is a big wine, but it is also quite vivid, full of detail and nuanced. ... read more

Vinous Media 95+
"The 2012 Cabernet Sauvignon Kronos presents a more intensely mineral and savory profile than the Napa Valley, with the opulence of the vintage pushed more into the background. Dried flowers, iron, spice, leather and mint add nuance. Ideally readers should give the 2012 at least a few years in bottle… The 2012 is a big wine, but it is also quite vivid, full of detail and nuanced. Antonio Galloni, Oct. 2015"

International Wine Report 98
"The 2012 Kronos Vineyard Cabernet Sauvignon is another simply incredible showing from Cathy Corison and a wonderful example of Napa Valley Cabernet at its finest. Kronos is Cathy Corison's single estate vineyard which was planted in 1971 and is one of the last old Cabernet vineyards in the Valley. In 2012 Cathy Corison was able to achieve striking overall purity, elegance and precision in her Kronos Cabernet, a combination which is never an easy task to achieve. As this begins to open in the glass it releases seductive aromas of fresh blackberries and red currants followed by graphite, fresh violets and sweet spices which all come together beautifully in the glass. This continues to impress with its outstanding balance and finesse along with its remarkably sleek, velvety texture and long lingering finish. Today the Kronos Cabernet is already showing many appealing characteristics, but this will only evolve further over the next two decades and become even more special with age. (Best 2016-2035)"

James Suckling 94
"Beautiful aromas of lavender, rosemary and black currants follow through to a full body with very pretty integrated tannins and a savory finish. It's cool, calm and delicious. Drink now"

Winemaker Notes
A cold, rainy March set the stage for a nearly perfect growing season, allowing us to dry-farm Kronos Vineyard. The ripening season followed with moderate highs, mostly in the 80°F’s, all the way through to picking at the end of September. Coupled with cold nights, often in the 40°F’s, the season yielded ripe, juicy fruit with uncommon natural acidity. Kronos Vineyard sports its very best qualities in vintages like this. Bright blueberry notes join the dominant black fruit flavors of black cherry, black raspberry, plum and cassis in a layered display that carries through into a seemingly endless finish. Pretty violet perfume, minerality and spice complete the package. The tannins feel like velvet. This is one for the ages.
~ Cathy Coriso

View all from Corison 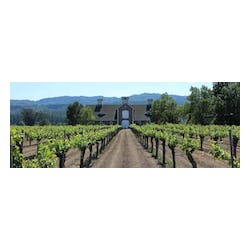 Cathy Corison produces a limited quantity of Napa Valley Cabernet Sauvignon, hand-crafted without compromise from some of the finest vineyards in the Napa Valley. They are all located along the western benchland centered around Rutherford where deep, stony alluvial soils promote the ideal growing conditions for the Cabernet vine. These vines regularly produce some of the most concentrated and superbly ripened fruit anywhere.

Many years of winemaking for others, including Chappellet Vineyard, Staglin Family Vineyard, York Creek Vineyards and Long Meadow Ranch, honed her skills and left her eager to express her own winemaking voice. In 1987 she made the first vintage of Corison Cabernet. "There was a wine inside me that needed to be made", she says. The harvest of 2011 marked Cathy's 25th vintage of Corison Cabernet!