In Pursuit of the Dream

The idea of making great wine from old-vine Mencía never left Alvaro, and his experience in Priorat-particularly with L'Ermita-convinced him of Bierzo's enormous potential. Meanwhile, his nephew Ricardo Perez had finished enological studies in Bordeaux and was travelling across France-absorbing everything he could about great wines. He worked the harvest at Château Margaux, and did internships at other Bordelais firms like Moueix (Pétrus, Trotanoy, etc.). He also visited Alvaro frequently and came to share a belief in Bierzo's potential. In 1998, the two decided on a joint venture and set out in search of the region's finest old vineyards.

Alvaro and Ricardo found promising sites in a number of villages but shortly came to believe that the greatest potential lay in a little town on Bierzo's western border named Corullón. Old vineyards lined the precipitous hillsides there, and the local soils were extremely poor-composed mostly of schist-but with incredible diversity. The minute variations in soils and exposures across this zone immediately reminded the two of Burgundy's Côte d'Or, or Piedmont's Langhe hills. In Corullón, Alvaro and Ricardo believe they have found a unique combination of soils, old vines, and a distinctive variety that will yield their own grands crus. Beginning with 2001, the estate began to make their case with individual vineyard bottlings.

The winery is dedicated to Alvaro's father, and Ricardo's grandfather, who passed away in early 2000. The wines are a worthy tribute to the man who inspired them."
View all Descendientes de J. Palacios 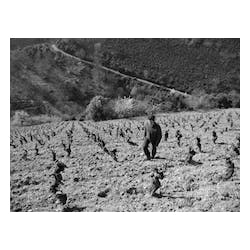