View Cart / Checkout
Loading... Loading cart
Total:
—
0
Cart
Delivery
Search
Menu
Home » Wine » Sparkling Wine » Bubbly Dry » Domaine Carneros by Tatittinger Brut 2017
29%
OFF Sample Image Only
Domaine Carneros by Tatittinger Brut 2017
$41.99 $29.95
Ship "12" Free when you mix or match a 12 bottle case! more...
Domaine Carneros by Tatittinger Brut 2017 ships free when purchased by the 12 bottle case! — Fill a 12 bottle case with this item or any of our other eligible free shipping items, and that case ships for free! Note that there is no limit to the number of cases you can have shipped for free so long as they are filled with eligible "Ship 12 Free" items.
Wine Enthusiast 93
"Blending 53% Pinot Noir, 44% Chardonnay and 3% Pinot Gris into a cohesive whole, this sparkler is aged nearly four years. Effusively fruity and balanced in acidity, it offers rich, rounded notes of pear, green apple and melon that contrast against a bite of cookie."

James Suckling 91
"Enticing aromas of grilled peaches, raspberries, honey, praline and toasted almonds. Its full-bodied and rounded with honeyed, creamy layers. Soft bubbles. Fresh and mellow finish. 53% pinot noir, 44% chardonnay and 3% pinot gris. 9g/l dosage. Vegan. Drink now."
About Taittinger
In 1734, Jacques Fourneaux established a wine-business in Champagne and worked closely with the Benedictine Abbeys which, at that time, owned the finest vineyards in the region. After the First World War, the wine-house was moved to a large mansion on the Rue de Tambour in which Theobald I of Navarre (1201–1253) had lived. A long-standing legend held that it was he who brought the Chardonnay grape from Cyprus on returning from a crusade in the Middle Ages. This has been disproved by genetic analysis done at the University of California at Davis.[2]

The Taittingers were a family of wine merchants who, in 1870, moved to the Paris region from the Lorraine in order to retain their French citizenship after the Franco-Prussian War and the Treaty of Frankfurt (1871).

In 1932, Pierre Taittinger bought the Château de la Marquetterie from the wine house of Forest-Fourneaux. It had been used as a command post during World War I and he had been laid up there after suffering a heart-attack during combat. The vineyards of the château had been planted with Chardonnay and Pinot noir since the 18th Century. This property had been developed by Brother Jean Oudart, a Benedictine monk, one of the founding fathers of champagne wine, and later it had belonged to the writer Jacques Cazotte.

From 1945 to 1960 the business was run by Pierre's third son François. Under his direction, the Taittinger cellars were established in the Abbey of Saint-Nicaise, built in the thirteenth century in Gallo-Roman chalk pits dating from the fourth century. After François' death in an accident, his brother Claude took over and directed the business from 1960 to 2005. It was during this time that Taittinger became a champagne house of world renown.

Champagne Taittinger was sold in July 2005 by the Taittinger family, along with its subsidiary, Société du Louvre, to the U.S. private investment firm Starwood Capital Group. Those in the profession (Champagne houses, wine-producers, cooperatives, distributors and customers) proposed that the objectives of short-term profitability, or even medium term, at any price, advocated by the then current managers of the business, were not compatible with the production of Champagne wine of quality, which takes time, trust and a large delegation of authority to the masters of the cellar. In addition, the arrival of investors completely foreign to the culture of Champagne could result in a major breakdown of the equilibrium of the industry.

Finally, on 31 May 2006, the Northeast Regional Bank of the Crédit Agricole, in collaboration with Pierre-Emmanuel Taittinger, bought the business for 660 million euros. The area covers 288.84 hectares of vineyards and has 12 to 13 million bottles in stock. The Château de la Marquetterie and its cellars were part of the overall purchase. The Starwood group retained some hotels, including luxury hotels Crillon, Lutetia and Martinez, and the hotel chains Campanile and Kyriad. 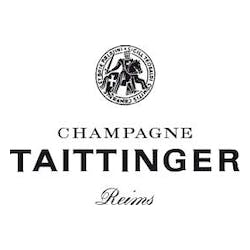 No questions posted yet about this item.
Posted byJoseph on Sep 27, 2022Verified Purchase
Subscribe to our newsletter!