First and foremost, this wine is delicious. But it is also complex and elusive—does fruit (cherry and blackberry) lead the way? Or does something darker and more mysterious (pine, earth, graphite...) bring the fruit along? My glass seemed to deliver a different answer with every sip.
Generous and versatile with food, this is a wine that teases the mind while rewarding the palate—a remarkable balance for this price. 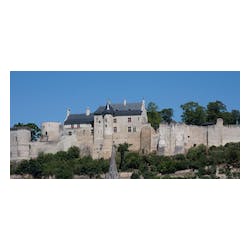