Wine Advocate 90-92
"Aged in a mix of tanks (70%) and barrels (30%), the 2017 Lirac Domaine du Clos de Sixte is a blend of 50% Grenache, 35% Syrah and 15% Mourvèdre. Hints of vanilla and licorice accent dark, cola-like notes and plummy fruit fruit in this full-bodied, plush, velvety-textured wine. It should drink well for 5-6 years. Tasted twice (once blind), with consistent notes."

Established in the northern part of Chteauneuf-du-Pape, in the commune of Orange, the Jaume family has been dedicated to the art of wine growing since 1826. Founded by Mathieu Jaume, the Domaine is now run by the 5th and 6th generations of Jaumes: Alain Jaume & his children Christophe, Sbastien, and Hlne.

Historically, Domaine Grand Veneur was known for its white wines, until 1995 when the winery refocused their efforts on the reds. The estate now measures 225 acres and covers four appellations:

The Jaume family produces wines from these appellations under the Grand Veneur, Chateau Mazane and Clos des Sixte labels. They also produce wines from the AOC's of Rasteau, Gigondas, Cairanne and Ventoux under their Alain Jaume label. ~ Winery Notes
About Domaine Grand Veneur Estate
The Domaine was founded by Mathieu Jaume in 1826. Alain Jaume now runs the Domaine with the help of his two sons Sébastien and Christophe. The estate is located in the commune of Orange and consists of 75 hectares. It covers four different appellations: Châteauneuf-du-Pape, Côtes-du-Rhône Villages, Côtes-du-Rhône and Lirac. As of 2012 the estate is certified organic. "Grand Veneur is one of the most brilliant estates in Chateauneuf du Pape as well as the force behind the negociant wines sold under the Alain Jaume label. Virtually everything they produce has merit. I can't say enough about the job Alain Jaume's two sons, Sebastian and Christophe, have done with this estate. The impeccable attention to detail in the vineyards, the meticulous vinification, and the careful bottling benefit every consumer." ~ Robert Parker
View all Domaine Grand Veneur Estate 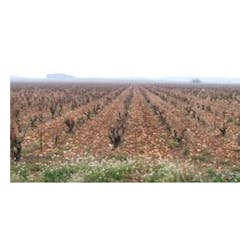 No questions posted yet about this item.
"spicy, rich, well balanced a very nice red Rhone."
Posted byJohn on Nov 28, 2022Verified Purchase
Subscribe to our newsletter!