Item Sold Out
Notify me when this item is available
Burghound 91
"Here the fresh nose is markedly earthier with its array of soft wood, menthol and dark currant scents. There is notably better volume and better mid-palate density to the medium weight flavors that are not especially refined but there is clearly more underlying material and particular on the lingering finish."

Vinous Media 90
"The 2017 Gevrey-Chambertin Champ (not to be confused with "En Champs") has a lilting red cherry and crushed strawberry scented bouquet that opens ... read more

Burghound 91
"Here the fresh nose is markedly earthier with its array of soft wood, menthol and dark currant scents. There is notably better volume and better mid-palate density to the medium weight flavors that are not especially refined but there is clearly more underlying material and particular on the lingering finish."

Vinous Media 90
"The 2017 Gevrey-Chambertin Champ (not to be confused with "En Champs") has a lilting red cherry and crushed strawberry scented bouquet that opens nicely in the glass. The palate is medium-bodied with supple tannin, just a little saline in the mouth. It demonstrates more density and grip than the Gevrey-Villages, a touch of spice surfacing toward the elegant finish. Very fine."~Neil Martin 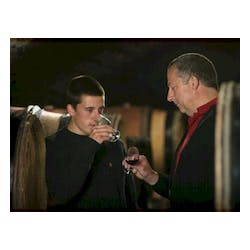