Wine Advocate 89
"The 2014 Moscofilero, the last in this issue's vertical, is from a rather more restrained and difficult vintage. It shows fine purity and elegance, a fresh feel, but not quite the concentration or intensity of some other years. Its acidity still makes it rather appealing. It is a fine effort in a difficult year."

George Skouras is one of the producers who served me up some older Moschofileros in my quest to come to grips with how long they can be kept. I confess to being a sucker for Moschofilero, a grape that reminds a bit of Loureiro in Portugal. It will never be the biggest or fattest, but it has fine purity of fruit when well made. The vertical here was a lot of fun. Apart from the scores and notes, conclusions are drawn in the accompanying article. One point to make here–the consistency of the Moschofilero bottlings. Even in difficult years, they stay true to form and generally age well. Remember, though, that the provenance here was perfect–pulled directly from the winery's cella

The Moscofilero comes from 25 year old vineyards planted in sandy soils at 750 meters above sea level. Fermented in stainless steel vats. Short skin contact, no malolactic fermentation and short ageing over fine lees. Flowery, crisp acidity, intense on aromas and flavours." ~ Winery notes
About Domaine Skouras
Skouras Winery was started in 1986 in Pyrgela, Argos by Dijon-trained oenologist George Skouras. Working with both indigenous varieties as well as international varieties, Skouras started producing very high quality Greek wines in the late 1980's. The first bottling of the Megas Oenos, his flagship wine launched in 1988 was the first wine in Greece to blend Aghiorghitiko with Cabernet Sauvignon.
Nemea has been regarded as a great winemaking region since the time of the ancient Greeks; Homer called this region Ampeloessa which literally means "Full of vines". Recent archeological excavations have revealed winemaking being done here over 3500 years ago.
The most important grape variety in here is Aghiorghitiko, also known as St. George, derived from the name of the town where the grape variety is thought to have come from "Agios Georgios" or Saint George.
Skouras makes another equally impressive wine Grand Cuvee Nemea made which is one hundred percent Aghiorghitiko. The grapes come from one of the highest vineyard sites in all of Europe, planted at over 3400 feet above sea level.
Skouras Winery sources grapes from its own vineyards and from dedicated grape-growers in the region and is today at the forefront of Greek estates. Demand for these terroir-driven and estate-bottled wines is strong in both Greece and around the world.
View all Domaine Skouras 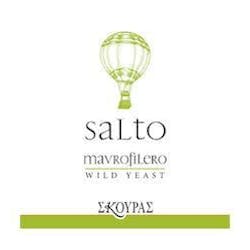