$16.95
Description
Grillo is an ancient autochthonous Sicilian grape variety, but it is also a cute little animal (the cricket) that brings good luck. The name sur sur, that means cricket, comes from the classical Arabic language which was once also spoken in Sicily. The voice of spring, with its scents and colors, is depicted on the label. It shows Gabriella (founder of Donnafugata, with her husband Giacomo) as a girl in flight, running barefoot through the ... read more

Description
Grillo is an ancient autochthonous Sicilian grape variety, but it is also a cute little animal (the cricket) that brings good luck. The name sur sur, that means cricket, comes from the classical Arabic language which was once also spoken in Sicily. The voice of spring, with its scents and colors, is depicted on the label. It shows Gabriella (founder of Donnafugata, with her husband Giacomo) as a girl in flight, running barefoot through the flowers and fresh grass, following the singing of crickets that sounds sweet to her ears, like a thousand “SurSur… ".

Vineyard
The vineyards are located in south-West Sicily on the Contessa Entellina estate and neighboring areas in the hilly region between Marsala and Salemi at altitudes from 200 to 600 m. (656- 1,312 ft). The soils are clay loam with a sub-alkaline reaction (pH 7.5 to 7.9) rich in nutritive elements (potassium, magnesium, calcium, iron, manganese, zinc) and limestone from 20 to 35%.

Vinification
The Grillo for the production of SurSur was harvested during the last part of August. Fermentation takes place in stainless steel, at a temperature of 14-16°C (57-61° F). Aging in tanks for two months and then at least three months in bottle before release.

Estate
Donnafugata Winery is one of Italy’s finest wineries and praised by wine critics and wine lovers alike all over the globe. Located in Sicily, Donnafugata has various estates including the historic cellar in Marsala, the beautiful Contessa Entellina country house and vineyards in the western interior of the island, and another winery and estate in the windswept island of Pantelleria off Sicily’s southwest coast. The Rallo family who owns Donnafugata have been in the wine business for over a century and the current generation is extremely dynamic and visionary. The Donnafugata brand was born in the early 1980s by Giacomo and Gabriella Rallo in the family’s historic cellars and today their children José and Antonio play prominent roles in the company.

View all from Donnafugata 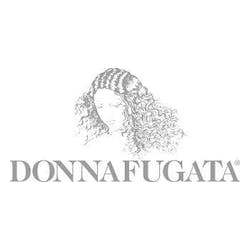 In the Italian language, Donnafugata means "fleeing woman". The story goes that in the late 19th century the Queen Maria Carolina after her flight from the court of Naples took refuge in the heart of Belice Valley in Sicily. This event inspired the image of the head of a woman, her hair tossed about by the wind and the Estate name.

Donnafugata grew out of the commitment of a family in Sicily that has always believed in the extraordinary enological potential of its land and has 150 years of experience in producing premium wines. Convinced that it is always necessary to be open to change in order to grow and improve, Giacomo Rallo and his wife, Gabriella, launched a new production project in 1983: Donnafugata. Their adventure took wing from the family's historic cellars in Marsala and the vineyards at Contessa Entellina in the heart of western Sicily and soared as far as the island of Pantelleria.