In 1962, merely a decade after arriving in America, Dr. Frank founded Vinifera Wine Cellars. The winery quickly earned a reputation for spectacular Rieslings and its original planting of vines formed the backbone of New York's world-class wines and champagnes.
View all Dr. Konstantin Frank 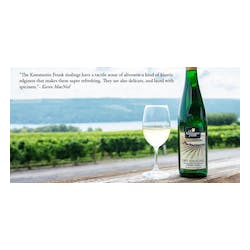