View Cart / Checkout
Loading... Loading cart
Total:
—
View Cart / Checkout
0
Cart
Delivery
Search
Menu
Home » Wine » Red Wine » Malbec » Durigutti Malbec 2019
17%
OFF Sample Image Only
Durigutti Malbec 2019
$16.79 $13.95
Ship "12" Free when you mix or match a 12 bottle case! more...
Durigutti Malbec 2019 ships free when purchased by the 12 bottle case! — Fill a 12 bottle case with this item or any of our other eligible free shipping items, and that case ships for free! Note that there is no limit to the number of cases you can have shipped for free so long as they are filled with eligible "Ship 12 Free" items.
James Suckling 91
"Aromas of blackcurrant, dried blueberry, citrus zest, pine cone and mocha. Its medium-to full-bodied with sleek, fine-grained tannins. Succulent and savory with saline and black-olive notes on the finish. Drink or hold." ~ JS

Durigutti's Malbec "Clsico" represents what the brothers do best: combine elegance with rusticity. While this is in many ways due to the two differing backgrounds the brothers bring to the table, it is also largely due to the fruit. High  ... read more

Durigutti's Malbec "Clsico" represents what the brothers do best: combine elegance with rusticity. While this is in many ways due to the two differing backgrounds the brothers bring to the table, it is also largely due to the fruit. High altitude fruit from La Consulta adds structure, depth, and power, while bright fruit from Vistalba adds brightness and supple texture. Fermented by native yeast fermentation and aged in new American oak for twelve months. Unfined and unfiltered.
About Durigutti
At their small winery in rural Luján, Héctor and Pablo Durigutti craft various artisan wines including some top Malbecs and two of the country's best examples of Bonarda.

Héctor is considered one of Argentina's top authorities with regards to both the Malbec and Bonarda grapes. He first became known for his work alongside Alberto Antonini as one of the co-founders of Altos Las Hormigas - the forward- thinking project that placed Argentine Malbec on the international map in the late nineties. With extensive experience in Europe (including a stint at Antinori), Héctor has developed a unique winemaking style that blends old world tradition with modern innovation. Héctor's younger brother Pablo has quickly built a reputation for himself as well, with a star-studded resume including work with Catena. Today, both brothers are some of the country's most sought-after consulting enologists. This boutique project that bears their name is their pride and joy.
View all Durigutti 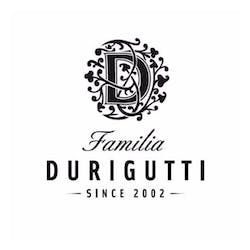 No questions posted yet about this item.
Posted byLisbeth on May 2, 2022Verified Purchase
Subscribe to our newsletter!