Vintage 2021 was an outstanding year at Elk Cove. Cool weather during bloom and moderate temperatures during most of the growing season brought forth an ample harvest of intensely concentrated fruit. The timing of weather events was key to our success in 2021. Rainfall during bloom raised expectations for a small, high-quality crop. Then a once-in-a-millennium heat dome event brought worrying temperatures to the Pacific Northwest. This was thankfully during the most resilient stage of the growing season and our old vines survived without sign of serious stress or sunburn. Growth resumed normally once temperatures cooled with average heat from July through September bringing even ripening to the plentiful small, loose
clusters. Our vines made it through the rain and the heat in fine condition with lots of variable sized berries, known as hens and chicks. Harvest 2021 was not only of high quality but also surprisingly bountiful. Low levels of dehydration combined with the numerous small clusters and several acres of young vines coming into maturity meant a record tonnage for Elk Cove.
For red Pinot Noirs, expect intense color and flavors bursting out of the glass, while white wines and ross are fruit-forward with great acidity and balance.

VINEYARD: Our Pinot Gris is hand-harvested from our hillside vineyards in the northern Willamete Valley. Pinot Gris has long been a focus at Elk Cove - our Winery Estate Vineyard boasts some of the oldest Pinot Gris vines in Oregon, dating back to 1985. Three of our other estate vineyard sites are also planted with Pinot Gris, including 50 acres on steep sloped Mount Richmond Vineyard in the Yamhill-Carlton AVA. Planted in a high-density format, all our Pinot Gris undergoes shoot and crop thinning for low yields to maximize quality and concentration.

WINEMAKING: The Willamette Valley has the perfect climate for this delicate cool weather white wine. We have enough sunlight and warmth for ripening, but our cool evenings help retain varietal character and prevent over-ripening. We whole-cluster press our pinot gris grapes, then ferment the juice at very cool temperatures in small stainless steel tanks. This gentle treatment protects the aromatic qualities and enhances the natural richness of the Pinot Gris grapes, creating our most popular white wine.

The Campbell's goal has always been hand-crafted, Estate-grown cool climate ­wines that rival the best in the world. As a second-generation winemaker and a 5th generation Oregon farmer, Adam Campbell is proud to continue that tradition.
View all Elk Cove Vineyards 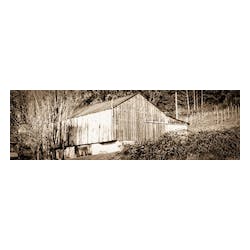