Robert Parker's Wine Advocate 93
The first truly international release of the second wine is going to be the 2019 Epu, which has changed image and label, looking a little more like Almaviva, and is going to be sold through the Bordeaux ngoce. 2019 was a very dry vintage, and the blend is 84% Cabernet Sauvignon, 13% Carmenere, 2% Merlot and 1% Cabernet Franc with slightly higher alcohol than 2018 and with lower acidity, matured in used barriques for one year. In terms of freshness, the wine is quite similar to the 2018 that I tasted next to it, obviously a little younger, quite intense and fruit-driven, spicy and herbal, with a creamy texture and fine-grained tannins. It's a second wine, but they also want to do something different and Epu is perhaps a little more classical, perhaps this is more Bordeaux and Almaviva is more Chilean. 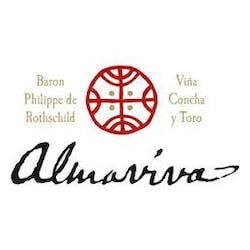