The Wine
From the heart of Crozes-Hermitage
Near the site of Domaine des Lises in  ... read more

Farming Practice:Practicing Organic
About Domaine des Lises - M. Graillot
Alain Graillot founded his domaine in Crozes-Hermitage in 1985, and rapidly became one of the most in-demand producers in the Northern Rhone for his exuberant, robust, and complete Syrah-based wines. Alain owns 50 acres of 30-year-old Crozes-Hermitage vines on the flat alluvial plain between the Rhône and Isère rivers, in well-draining soils of sand, gravel, and stones. He also has two tiny parcels in St. Joseph, from which he makes a slightly fresher, more early-drinking wine than the remarkable Crozes-Hermitage that constitutes the majority of his production.

Alain harvests by hand and works organically, employing whole-cluster fermentation and aging the wines primarily in 1-to-3 year old barrels purchased from some of the top estates in Burgundy. In great years, he makes tiny quantities of a barrel selection knows as "La Guiraude," a rare and spectacular wine. Graillot's wines are structured, but still very appealing and approachable in their youth, and their longevity is truly remarkable... These are must-haves for any serious Northern Rhone fan.
View all Domaine des Lises - M. Graillot 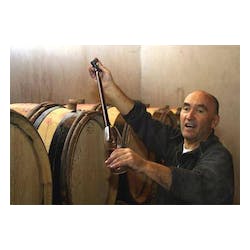