"This vintage is highly aromatic, with dense layers of lime, pea shoots, and white strawberry, finishing with a spicy uplift. The texture is round and full. The forepalate is dominated by ripe lychee and passionfruit that hint at sweetness – although the wine is absolutely dry. Flavors of dried sea grass, kiwi, and currants fill out the rich and very long finish. Complex, precise, and substantial, this latest release from Eyrie continues to define the best of Oregon Pinot Gris."~Winery Notes
About Eyrie Vineyards
"The Eyrie Vineyards is one of the original historic wine estates in Oregon and by all accounts one of the most historic in this country. At Polaner Selections we love representing the true classic and iconic producers of their region: Giacomo Conterno in Piedmont, Felsina in Tuscany, Michel Gaunoux in the Cote d'Or and Calera in California's Central Coast among many others. It is a thrill for us to add Eyrie to that list.

In the winter of 1965, after earning a degree in viticulture and enology from UC/Davis, and having spent time researching the vine in Europe, 25-year old David Lett moved to Oregon "with 3,000 grape cuttings and a theory". He planted the cuttings in a rented nursery plot, and went looking for the perfect vineyard site. It was the first planting of Pinot noir, Chardonnay, and related varieties in the Willamette Valley, and the first Pinot Gris in America.

Eyrie Vineyards was officially founded by David and Diana Lett in 1966 when they planted their vineyards in the Red Hills of Dundee, about 30 miles SW of Portland. The Letts settled on the name Eyrie (EYE-ree) after the red-tailed hawks who make their home in the fir trees near the top of their original vineyard plantings. The winery was built in nearby McMinville and the first vintage to be produced and bottled was the 1970. And just five years later, in 1975, The Eyrie Vineyards produced the first American Pinot noir to compete successfully with the renowned Pinot Noirs of Burgundy. (Paris, 1979; Beaune, 1980).

In 2005, Jason Lett took over from his father as winemaker and vineyard manager at The Eyrie Vineyards, and continues his family's pioneering legacy. Today, total annual production is around 10,000 cases. All wines are estate-grown and produced. In addition to handcrafted Pinot noir, Pinot Gris and Chardonnay, the Eyrie Vineyards also makes limited bottlings of Pinot blanc, Pinot Meunier and Muscat Ottonel. The philosophy of The Eyrie Vineyards, in the vineyards and in the winery, is to interfere as little as possible with the processes of Nature. From the beginning, the wines have been made exclusively from hand-harvested grapes grown without the use of insecticides, herbicides or systemic fungicides. The vines are also grown on their own roots, and are not irrigated.

In the winery, Eyrie's "gentle touch" vineyard philosophy is carried over in their winemaking approach. The "style" is based on picking grapes at that elusive point of maturity where true varietal characteristics are at their peak, but before they become over-ripe. In the winery great care is taken not to compromise these flavors. This means minimal racking, extended lees contact, complete and spontaneous native fermentations, no fining, minimal filtration, etc. This gentle treatment creates wines which are very approachable when young but also with a (now legendary) ability to age for decades."
View all Eyrie Vineyards 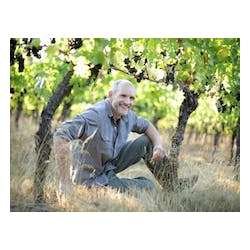 No questions posted yet about this item.
One of my favorite Pinot Gris wines of all time!
Posted byRobin on Jun 16, 2020Verified Purchase
Very good for Price point
"This seems to hit a sweet spot in our home. One of us likes buttery Chardonnay and the other one prefers more acidity. This seems to fit between and has a lot of pleasant nuances, and very well priced."
Posted byRobert on Oct 6, 2019Verified Purchase
Subscribe to our newsletter!