Item Sold Out
“Colour A brilliant, fairly deep ruby-red. Bouquet Broad and persistent, in which one finds, apart from almond blossom notes, intense spicy hints. Flavour Dry, well-structured and extremely rounded, it offers very complex fruit flavors on the palate. These are reminiscent of cherries preserved in brandy, mingled with a very appealing spiciness that lingers on the finish.”-Winemaker’s Notes

“Colour A brilliant, fairly deep ruby-red. Bouquet Broad and persistent, in which one finds, apart from almond blossom notes, intense spicy hints. Flavour Dry, well-structured and extremely rounded, it offers very complex fruit flavors on the palate. These are reminiscent of cherries preserved in brandy, mingled with a very appealing spiciness that lingers on the finish.”-Winemaker’s Notes

“THE NEW GENERATION With its close ties to the land for the past seven generations, the Zonin family heads the largest private vine growing and winemaking company in Italy (and one of the most important in Europe as well). Domenico Zonin, President of ZONIN1821, since 2014, took over from his father Gianni Zonin, who has run the company since 1967 for forty years, transforming it from a local dimension to being one of Italy’s most important wine producers and an established, well- known brand all over the world. VINTNERS SINCE 1821 The heart of the company is located in Gambellara, in the province of Vicenza, an oasis of lush green hills, meticulously arranged vineyards, and also the ancestral home of the Zonin family. This history has manifested itself in the vicissitudes, the hard work and the inspired decisions of a family whose name is inextricably linked to passion for the land, its vines and wine. In the historic headquarters of the Company, the Zonin family began to produce wines on a small scale in the early 1800s. In the next century, ”Commendatore” Domenico Zonin would initiate an aggressive marketing strategy. This dynamic man, born in 1899, lived to the venerable age of 101, technically spanning three centuries. His youthful spirit bore witness to dramatic transformations of a way of life that evolved into modern present day in which a seventh generation of the family runs the firm. Today the Zonin family honor their family’s historical passion for the vineyard, the sine qua non for producing high-quality wines, by including ”Vintners since 1821” on their logo. The wooden wine press, located at the entrance hall of the Zonin’s headquarters in Gambellara, dates back to the beginning of the 19th century. In fact, the construction of wine presses, the way they work, and the system they use for pressing the grapes have essentially remained unchanged since early Roman times.”-Winery Notes 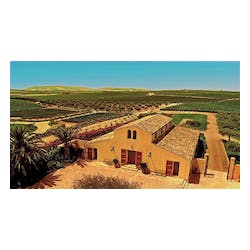 The Feudo Principi di Butera is located in Caltanissetta, in the heart of Sicily , recognized today as one of the most interesting regions of Italy for its potential in the wine sector, mainly due to the production of large and prestigious red wines .

The seal extends in the ancient lands of the feud Deliella and includes 320 hectares of land of which over 180 are vineyards with new plants, in a terroir exclusive, made such a warm and dry climate that optimizes the development and perfect ripening of the grapes , from sea breeze that infuses its beneficial influence on the vineyards and finally by the warm light and strong, typical of the south of the island.

The Zonin family , owner of the Feudo Principi di Butera since 1997, is now committed to enhance this unique land, full of sun and scents, producing wines of world class that express all your soul and the power of Sicily .