View Cart / Checkout
Loading... Loading cart
Total:
—
View Cart / Checkout
0
Cart
Delivery
Search
Menu
Home » Wine » Red Wine » Malbec » Finca Decero Owl & Dust Devil Malbec 2017
22%
OFF Sample Image Only
Finca Decero Owl & Dust Devil Malbec 2017
$21.60 $16.95
Ship "12" Free when you mix or match a 12 bottle case! more...
Finca Decero Owl & Dust Devil Malbec 2017 ships free when purchased by the 12 bottle case! — Fill a 12 bottle case with this item or any of our other eligible free shipping items, and that case ships for free! Note that there is no limit to the number of cases you can have shipped for free so long as they are filled with eligible "Ship 12 Free" items.
James Suckling 91
Fresh herbs and a sappy edge to the aromas of red and dark plums here. The palate has medium body and a build of bold, dense yet fine tannin to close. Drink or hold. ~J.S.

Stephen Tanzer 90
Bright ruby-red. Varietally expressive aromas of blackberry, dark chocolate, licorice and violet complicated by pungent dusty herbs. Concentrated, juicy and penetrating, with its dark berry, fresh plum, cherry and bitter chocolate flavors lifted by a violet element. Finishes clean and long, with firm, polished tannins and noteworthy vibrancy. Lovely fruit hereand well-judged oak. ~S.T.
About Finca Decero
Finca Decero has become recognized not only for having one of the highest quality vineyards in all of Mendoza, but also for catapulting into an elite group of the most highly regarded producers in Argentina. The wines all come from the single Finca Decero vineyard, and the winery's focus is entirely quality focused – the varietal Malbec and Cabernet Sauvignons they produce can easily be compared to wines selling for twice the price. These are serious wines that moreover showcase the best of Argentina: a beautiful mix of purity and elegance.

Decero, meaning 'from scratch', was born of a bare patch of land and a family's love affair with wine. Winemaking in Thomas Schmidheiny's family goes back to his grandparents in Switzerland and, just as Napa had inspired his mother Adda in the 1970s, so too did the Agrelo sub-appellation in Mendoza capture the heart and mind of Thomas when traveling over the Andes into Argentina 20 years later. In Agrelo, perhaps now considered the source of Argentina's finest red wines, Thomas instinctively knew that he had found the place to continue the family legacy and to handcraft wines whose allure would lie in being true to their origin. Once a desolate piece of land in the foothills of the Andes, absent of everything but shrubs, Finca Decero is now a one-of-a-kind vineyard where each vine is nurtured by hand and the winemaking is without compromise.

The estate has followed an 'amano', or 'by hand', approach that is sensitive to natural differences, sustainable, and human. Their philosophy is to tread lightly in an environment they have come to know intimately, almost inch-by-inch, and allow the unique natural attributes of the Remolinos vineyard and of Agrelo to shine through in the wines. The vineyard at the estate is named "Remolinos" after the tiny whirlwinds in the area that thread their way along the vines, keeping the grapes dry and in perfect condition. The 110 hectare estate was planted in 2000 to Malbec, Cabernet Sauvignon, Petit Verdot (unusual for Argentine producers) and Tannat. All the Decero wines come from this single vineyard, all from hand-picked fruit.
View all Finca Decero 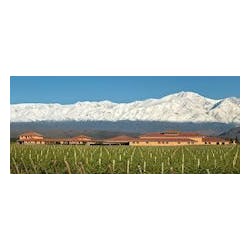 No questions posted yet about this item.
private review
Posted bycustomer on Jun 22, 2022Verified Purchase
Subscribe to our newsletter!