TASTING NOTES
A beautiful wine from a near-perfect vintage, this robust Cabernet Sauvignon shows balance and complexity - a blend of dark berry, forest, clove, and nutmeg. The tannins and French oak are well integrated on the palate and elegant from start to finish.

WINEMAKER NOTES
A ‘goldilocks’ vintage. The excellent weather lasted from fruit set through harvest and allowed for maximum hanging time for the grapes. It was a bountiful harvest, but what is quantity without quality? Thankfully this vintage delivered in that department as well.

SOURCING
Sourced primarily from our family-owned S&J Vineyard in Napa’s Capell Valley and our Benjamin Vineyard located on the valley floor in the heart of Rutherford. Additional vineyard sources include neighboring Quarry Vineyard and Round Pond Estate both in
Rutherford as well as Delouise and Shooting Star Vineyard located in Napa Valley. 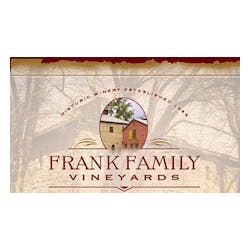