Item Sold Out
Notify me when this item is available
"The Jour de Soif (Thirsty Day) bottling from Pierre Gauthier is really a beautiful bottle of Bourgueil designed to be very, very easy to drink out of the blocks, and the 2018 most assuredly is just that! The pure and vibrant nose jumps right out of the glass in a blend of black cherries, sweet dark berries, a touch of dark chocolate, gentle notes of cigar smoke and an impressively complex base of soil tones. ... read more
Item ID: #32683
Winery: Gauthier
Category: Other Red Wines
Region: France » Bourgueil
Size: 750mL (wine)
Closure: Cork
Other vintages
Share this item on FacebookFollow Empire Wine on TwitterFollow Empire Wine on Pinterest

"The Jour de Soif (Thirsty Day) bottling from Pierre Gauthier is really a beautiful bottle of Bourgueil designed to be very, very easy to drink out of the blocks, and the 2018 most assuredly is just that! The pure and vibrant nose jumps right out of the glass in a blend of black cherries, sweet dark berries, a touch of dark chocolate, gentle notes of cigar smoke and an impressively complex base of soil tones. On the palate the wine is full-bodied, pure and sappy at the core, with a fine signature of soil, just a whisper of tannin and a long, complex and bouncy finish. This is flat out delicious at the present time, but with the balance to age nicely for the next decade. An absolute bargain."~Distributor Notes

View all from Gauthier 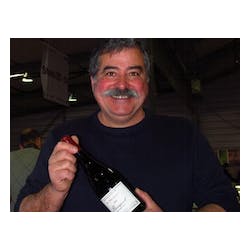 "Domaine du Bel Air is a certified organic estate that has been creating traditional wines from Bourgeuil for the past five generations. Throughout the decades, the Gauthier family enjoyed their wines privately until 1979, when they began to sell their wines commercially. Pierre Gauthier oversaw this transformation, and continues to make the wines today alongside his son, Rodolphe (collaborating together since 2005).

The domaine produces fairly deep, age-worthy Cabernet Francs from their 18 hectares located in Benais, a 200-hectare area just east of Bourgeuil. The region is famous for its clay-limestone terrain, as well as the numerous, impressive caves carved into the tufa. These caves were created by the French as they extracted this porous rock (called "pierre de Loire" or "tuffeaux") over the centuries. This tuffeaux help create France's imposing fortresses against the barbarians (then the English), and were later transformed into breathtaking chateaux during the Renaissance. Though rock excavation had significantly decreased after the Revolution – during which some chateau were used as barracks, others for prisons - the practice continued in some areas as late as 1950.

Today, the caves are used only for aging wines, a role at which these dark chambers excel, providing naturally steady, low temperatures in a quiet, light-free environment. The Gauthiers' wine cellars can be found in one of these such caves, its entrance nearly concealed by vines, with the domaine's grapes growing just above.

The Gauthiers have long practiced methods that respect the land and the surrounding terroir. They received official organic certification in 2000. Their 18 hectares of vineyard average 30 years of age, some are as old as 80 years. They usually prune by hand, practicing green harvesting to keep the crop low - mostly under 40 hectoliters per hectare. Thick rows of grass grows in between the guyot-trained vines, which the Gauthiers harvest all by hand.

They produce one entry-level cuvée called "Jour de Soif". It is made from 20 year old vines and aged in stainless steel tanks. The remainder of their cuvées are all aged in 600-liter demi-muids, with a varying percentage of new oak depending on the specific terroir and vintage. These are their top wines, crafted with fairly long macerations followed by a lengthy elevage in cask. Overall, the wines of Domaine du Bel Air are made in an unmanipulated, age-worthy style."