Item Sold Out
Notify me when this item is available
A stunningly beautiful Morgon, featuring a brilliant garnet color, and intense aromas of wild flowers, black fruits, kirsch, and subtle whiff of peach. Medium to full-bodied, structured, balanced, and clean. At the finish you're met with soft tannins and tremendous length.

A stunningly beautiful Morgon, featuring a brilliant garnet color, and intense aromas of wild flowers, black fruits, kirsch, and subtle whiff of peach. Medium to full-bodied, structured, balanced, and clean. At the finish you're met with soft tannins and tremendous length.

Located in Vermont, a tiny hamlet in Villié-Morgon, Georges Descombes is the unofficial fifth member of the iconic "Gang of Four": Marcel Lapierre, Jean Foillard, Jean-Paul Thévenet and Guy Breton. In his teens, Georges worked with his vigneron father in the vines as well as a local bottling company. Hopping around from cellar to cellar gave him a chance to try a large amount of different estates, and the first time he tasted a Lapierre wine, young Georges was blown away by its purity and elegance. Then and there, he decided he would try to make wines like Marcel's.

Georges took over the estate in 1988 and immediately started shifting viticultural and oenological practices forward. Though his father had always worked traditionally in the vineyards and cellar, Georges decided to push things further by practicing organic viticulture (certified by Ecocert for many years, but now practicing without certification) and eliminating all entrants or manipulation during vinification. A minuscule dose of sulfur, less than a hundredth of what an organically certified vigneron is legally allowed to use, is added at bottling to help preserve the wines.

In total, Georges owns about 15.5 hectares of land spread over five AOC's : 7.5 hectares in Morgon, 3.5 hectares in Brouilly, 2 hectares in Regnié, 0.5 hectare in Chiroubles and 2 hectares of Beaujolais-Villages. Grapes are hand-harvested, then stored in a temperature controlled container before being placed in 60hl cement tanks. A traditional, semi-carbonic maceration occurs, and the wine ferments from its ambient yeasts. For each Cru, Georges produces old vine cuvées which are vinified separately, then aged in barrel six months before bottling.

Georges is a firm believer that his wines benefit from time in bottle, and always releases them up to a year later than most of his colleagues, particularly the old vine releases.

View all from Georges Descombes 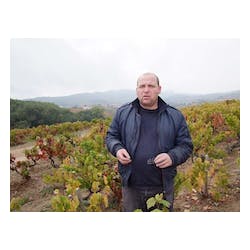 Georges Descombes grew up working in the vineyard with his vigneron father and drinking the wines of their family friends, including the famed "Gang of Four" of Beaujolais, among which his family's wines were considered an unofficial 5th ; he came to admire the purity and elegance of Marcel Lapierre's wines particularly. Taking over the family winery in 1988, Georges took the farming in an organic direction (now certified) for its 15 hectares (some fruit is sourced as well). Grapes are hand-harvested in whole clusters and fermented with natural yeasts in a cold semi-carbonic maceration which is traditional in Beaujolais; minimal sulfur is used at bottling. The old-vine bottlings are Georges' true passion and receive extra bottle aging before release.

"Georges Descombes is one of the stalwarts of Beaujolais. Inspired by the late Marcel Lapierre in the early 1980s when he worked for his father's bottling company, he is one of the more well-known of the natural producers since taking over the domaine in the hamlet of Vermont from his father in 1988, with all but a half a hectare to his name. Some refer to him as the unofficial fifth member of the "Gang of Four." Nowadays, he farms about 16 hectares in Brouilly, Regnié, Morgon, Beaujolais Villages, Beaujolais and Chiroubles, the vineyard husbandry organic (certified Ecocert) and using just copper and sulfur." -Neal Martin, The Wine Advocate, Issue 213, 6/26/14