Item Sold Out
Notify me when this item is available
Decanter 97
Top 20 Sparkling Wines of 2020
"Complex nose of minerals, macadamia and pineapple. Wonderfully engaging with a well-defined, savory and toasty finish, inviting you to drink again. Delicious and well-made, with the power booster on for a protracted finish. A real jewel. Alc 12"

Decanter 97
Top 20 Sparkling Wines of 2020
"Complex nose of minerals, macadamia and pineapple. Wonderfully engaging with a well-defined, savory and toasty finish, inviting you to drink again. Delicious and well-made, with the power booster on for a protracted finish. A real jewel. Alc 12" 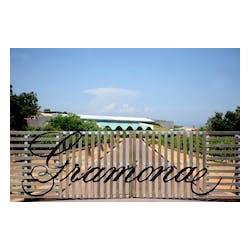