$32.95
4 of 5 (4 reviews)
Wine Spectator 91
"Elegant and expressive, this delivers floral, pear and toffee flavors matched to a creamy texture. Beautifully integrated, this lingers nicely on the mineral finish. Drink now through 2010. 35,000 cases imported."

"Appearance: Light yellow colour, with green highlights. Nose: Strong and generous nose, slighty woody and spicy, characterised by an aromatic richness blending toasty and buttery aromas. Palate: An unreserved palate, full, fruity and well-structured taste. Drinking occasions: A vigorous and lively wine, ideal as an aperitif. With a meal, it is a perfect accompaniment to seafood and white meats." ~ Winery notes 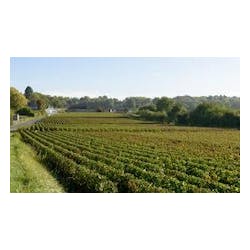 Heidsieck & Co. Monopole is one of the oldest Champagne firms in all of France's Champagne region. The origins go back to the 18th century. Following in the footsteps of Florens-Louis Heidsieck, his nephew Henri-Louis Walbaum and brother-in-law Auguste Heidsieck created one of the most sought after Champagnes ever. In 1895, the firm already shipped over 1.5 million bottles worldwide. In 1818, Heidsieck was appointed suppliers of Champagne to the king of Prussia, emperor of Germany; in 1911, it was appointed suppliers of Champagne to the English court. In 1933, Heidsieck Champagne was featured at the Swedish court and at the table of Csar Nicolas II (the latter ordered over 400,000 bottles a year for his personal use).
Heidsieck's Champagne is very Pinot Noir-centric, with the varietal making up close to 70% in each bottle. The rest is a blend of Pinot Meunier and Chardonnay.

Excellent champagne for the price

"Our go to Champagne. Feel a little less guilty at this price!"

"One of the best French champagnes at any price"

"A very pleasant, aromatic, slightly fruity and slightly spicy Champagne. As usual with Empire, the price is right."

"Had this champagne many times before. This was a bad bottle.Bouquet and taste was way off.Received a refund for the bottle.Empire is a reputable shop. No problem with the return.Will keep purchasing wine from them as this was NOT their fault."